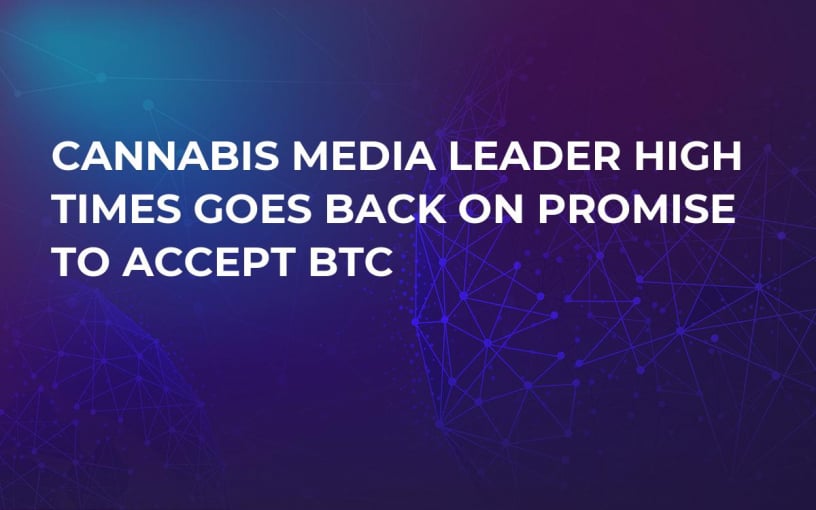 Last week, High Times publicized its decision to support virtual coins, like BTC, ETH as part of its coming IPO where the startup plans to raise $50 mln.

Now, almost two weeks later, since the decision to accept crypto was announced, the company is going back on its word and called its announcement a mistake. High Times securities, reportedly, will only be sold for bank checks, credit cards or bank transfers.

When the company’s press release mentioned the refusal to accept BTC, nothing was said about Ethereum, however.