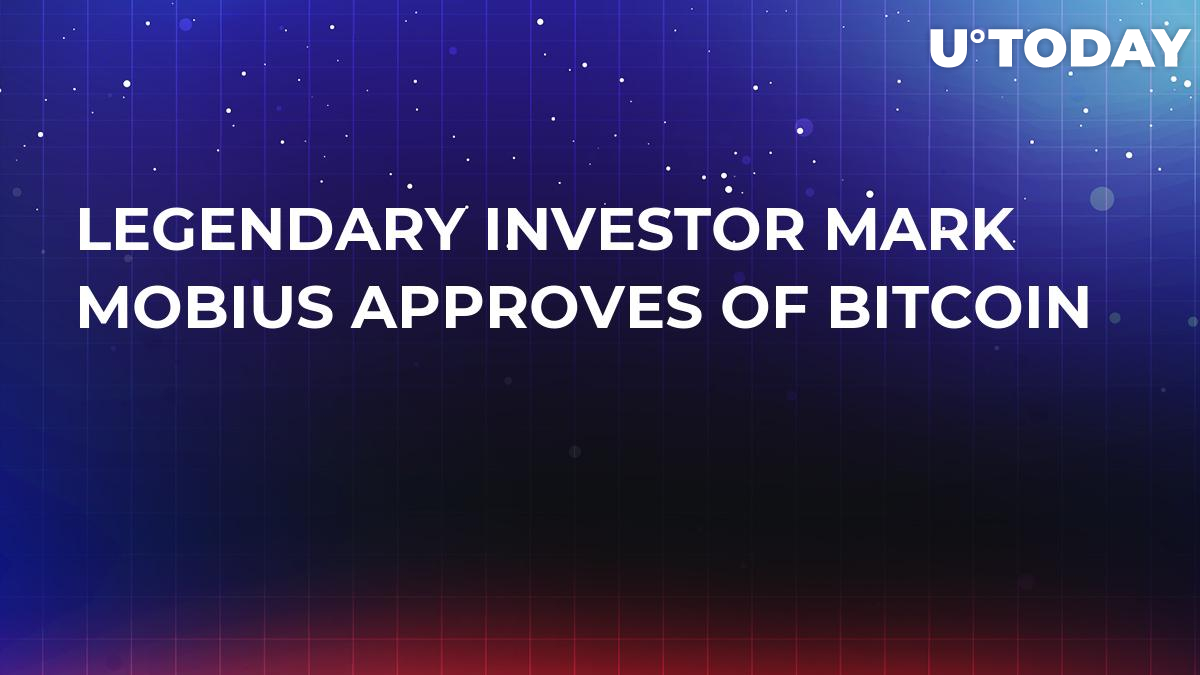 Many prominent financiers and investors have dubbed Bitcoin and crypto overall ‘fraud’, ‘a bubble’, etc. Among them are Jamie Dimon from JP Morgan, Nouriel Roubini (“Dr. Doom”) and others. Mark Mobius was also on that list once.

These people appreciate blockchain technology, seeing great potential in it but not in decentralized electronic currencies powered by DLT. However, some of these people have changed their minds. Mark Mobius no longer calls Bitcoin a fraud, as confirmed by a recent Forbes piece.

An investment guru shifts his attitude on Bitcoin

Over the last few months, Bitcoin’s price has been gradually climbing up until it just recently shot to over $8,000. This has brought back public discussions and debates between people from opposite ‘camps’. A recent example was the heated talk between Bitcoin bull Anthony Pompliano, a co-founder of Morgan Creek Digital, and Kevin O'Leary, a Shark Tank investor, on a CNBC show.

Though ‘Pomp’ was unable to convince his opponent, Mark Mobius seems to have changed his mind without anyone’s persuasion.

In a recent Bloomberg podcast, the 82-year-old investor, instead of calling Bitcoin a fraud, said that this asset will be “alive and well” as time passes.

There's definitely a desire among people around the world to be able to transfer money easily and confidentially. I believe bitcoin and other currencies of that type are going to be alive and well."

However, even now Mobius has not made any investment in Bitcoin or any other digital assets.

You have incredible volatility and, at the end of the day, you can’t chase one individual group or one organization that will keep track of what is going on."

He also warned investors to stay alert and remember the Mt. Gox incident, when investors lost all their crypto.

Is the Chinese-US trade war behind the BTC price surge?

The renowned investor also touched upon the trade war between the two largest countries – the US and China. In his opinion, this is more ideological in nature.

Recently, Forbes reported opinions of several analysts who believe that the recent Bitcoin price surge is due to this American-Chinese trade war, among other reasons.

The thing is, writes Forbes, that since the yuan rate has gone down after US president Trump raised trade tariffs for China’s goods, many Chinese investors believe that their government is going to devalue the yuan significantly to make their goods stay price-competitive for US consumers.

Thus, many in China are now rushing into Bitcoin as a safe haven. Apart from BTC, many are purchasing stablecoin USDT in order to save their money.