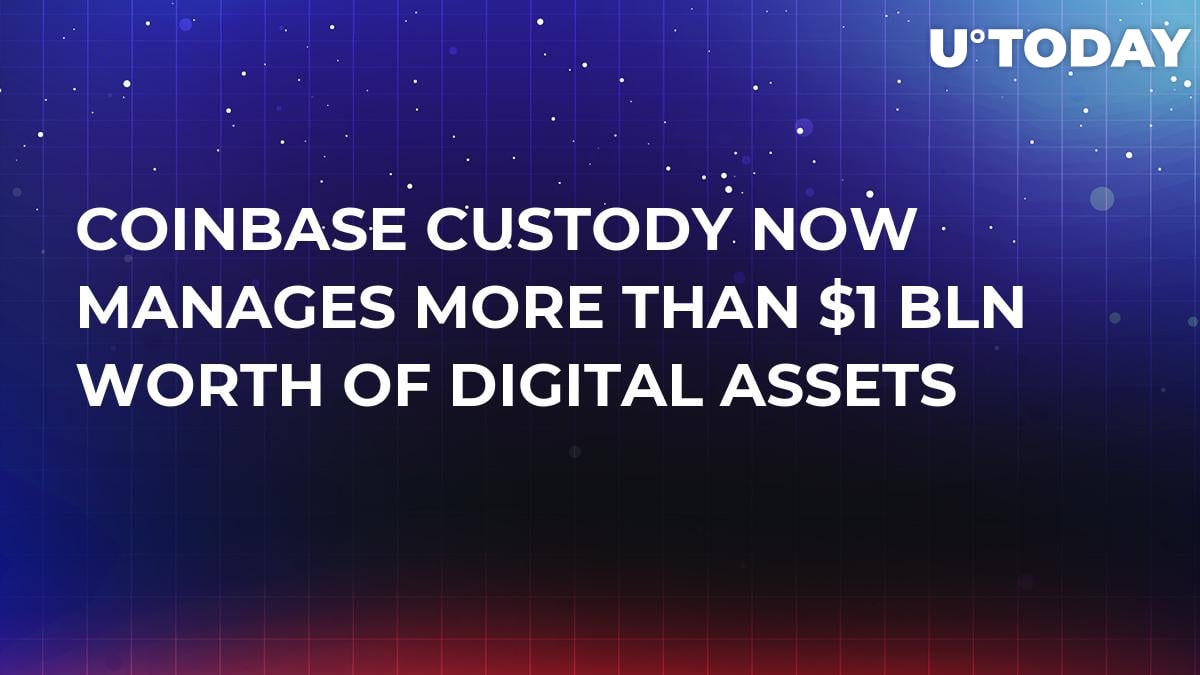 Coinbase, the $8 bln dollar cryptocurrency exchange that also acts as a custodian, now has more than $1 bln worth of digital assets under its management, Yahoo! Finance reports. With more than $150 mln being deposited on a monthly basis, Coinbase CEO Brian Armstrong calls their venture into custody a ‘success.’

Coinbase Custody, which was rolled out in July 2018, signified the exchange’s effort to diversify its profit by tapping into the appetites of institutional investors.

In February, U.Today reported that Coinbase already had $500 mln of AUM (assets under management). Back then, Armstrong stated that their money guarding solution had gotten good traction. During the recent Consensus event, where he revealed the above-mentioned numbers, Armstrong voiced even more optimism:

I think that space will keep growing really rapidly,” Armstrong, who co-founded Coinbase, said on Wednesday. “Every institution is going to have a crypto part of the business in the next few years if they don’t already.”

A slew of new features

Coinbase Custody has so far added 20 new cryptocurrencies in 2019. The San Francisco-based company recently became the first high-profile custodian to offer staking for some cryptocurrencies that are held in cold storage. To top that off, they also integrated an OTC trading option, allowing their customers to trade crypto directly from cold storage.

Related
Coinbase Review: Is It Safe Haven for Crypto Traders?

In such a way, Coinbase wants to push the mainstream adoption of cryptocurrencies, which, according to Armstrong, are still in the early stages of their development. The billionaire CEO compared early TVs and electric cars to Bitcoin to prove that the majority of disruptive technologies had a rocky start.

When television first came out it was this grainy image in black and white, and the audio barely worked. People were saying why would I use that, I can get all my information from the radio? Same thing with electric cars, the early ones looked like toys,” said Armstrong.