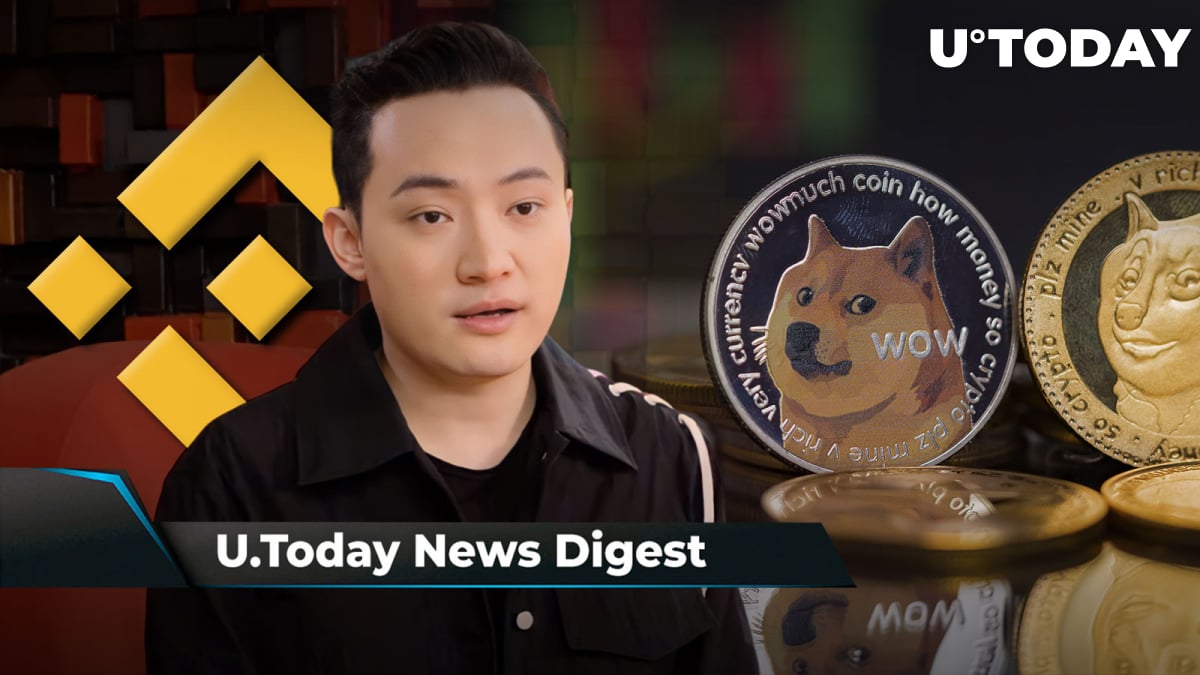 Yesterday, former CEO of Tron Justin Sun reportedly moved $50 million to Binance. The transfer was widely discussed by the crypto community, as the last time Sun shifted a large amount of stablecoins, Ethereum spiked above $1,600. The transfer took place while the second-biggest crypto is struggling to surpass the $1,600 price level. To continue moving up, ETH desperately needs support from whales. The $50 million support from Sun only could start a reaction on the markets and initiate yet another rally. At the moment of writing, Ethereum is changing hands at $1,555, per CoinMarketCap.

Ripple CTO David Schwartz has recently announced in a short thread on Twitter the enabling of XLS-20, a new standard that allows users to create, mint and distribute complex NFT applications and items. He then added that ,thanks to the innovation, a few NFTs have already been minted. As stated by Schwartz, the XLS-20 amendment signifies a major milestone for developers and creators to tokenize any asset and build innovative Web3 projects with utility. The native NFT on XRP Ledger will enable creating unique assets with efficient and secure operations to manage them, said the Ripple executive, thanking everyone for their support in making the long-awaited innovation a reality.

Data provided by CoinMarketCap demonstrates that, in the past week, the price of Dogecoin has increased by around 115%. Thanks to this bullish rally, the meme coin has flipped two of the so-called “Ethereum killers,” Solana (SOL) and Cardano (ADA), entering the top eight cryptocurrencies by market cap. In addition to this, DOGE has also outperformed Bitcoin (BTC) and Ethereum (ETH), which are up by 6.5% and 19% in the past week. At the moment of writing, however, Dogecoin has lost some of its gains and is currently trading down 8% over the past 24 hours, at a price of $0.1289.

BabyDoge Price Goes up, Triggered by This Positive News

According to CoinMarketCap, BabyDoge’s price rose nearly 4% yesterday, with Elon Musk’s tweet being a possible reason for it. The centibillionaire posted a photo of a Shiba Inu dog (some users suggested that it could be Musk’s own puppy, named Floki) wearing a T-shirt with a Twitter logo. The official handle of Baby Doge Coin replied to Musk’s tweet with an image of BabyDoge flying to the moon on a rocket. In October, the coin was listed by two major exchanges — South Korean ProBit Global and Vietnam-based ONUS. Both listings made BabyDoge's price climb the charts. The meme coin is now trading at $0.000000001389.