BabyDoge Price Goes up Triggered by This Positive News

Yuri Molchan
This popular meme token's price is growing today, here is what is pushing it up 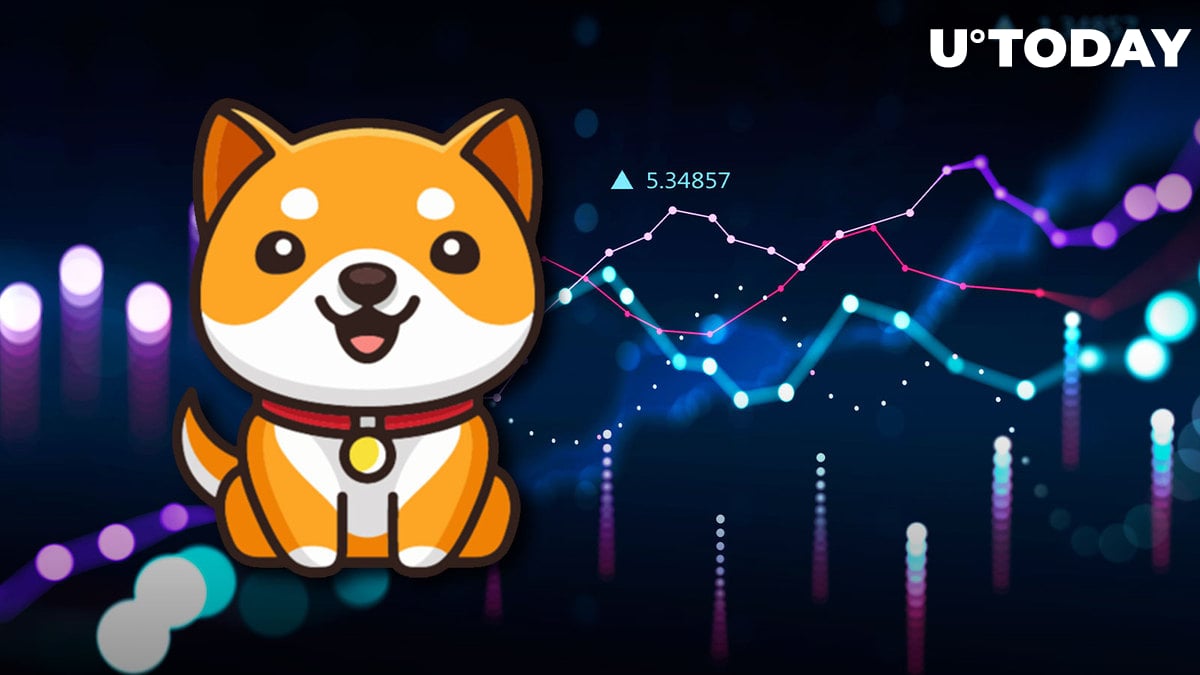 Baby Doge Coin is demonstrating a modest rise of nearly 4%, according to CoinMarketCap. The trigger that made the meme coin rise was Elon Musk's tweet, which featured a Shiba Inu dog wearing a T-shirt with a Twitter logo.

The BabyDoge account responded to Musk's tweet with an image of BabyDoge riding a rocket to the moon.

BabyDoge officially began on July 1, 2021, when Elon Musk posted a tweet with a song that mentioned Baby Doge. The original lyrics read "Baby Shark," but the Tesla boss changed it and tweeted his own version of it, thus bringing into the world yet another meme cryptocurrency.

This year on this day when the meme coin, a copycat of Dogecoin, turned one year old, the official account of this crypto sent its thanks to Musk in a tweet.

As reported by U.Today last week, Elon Musk's tweet, in which he promised not to fail millions of his followers "whatever it takes," BabyDoge also responded, and this brought the coin a brief rise, according to data provided by CoinMarketCap.

BabyDoge is now among the most popular meme coins, a list that also includes Dogecoin, Shiba Inu and Floki Inu.

In October, the asset was listed by two major exchanges – South Korean ProBit Global and Vietnam-based ONUS. Both listings made BabyDoge's price climb the charts.