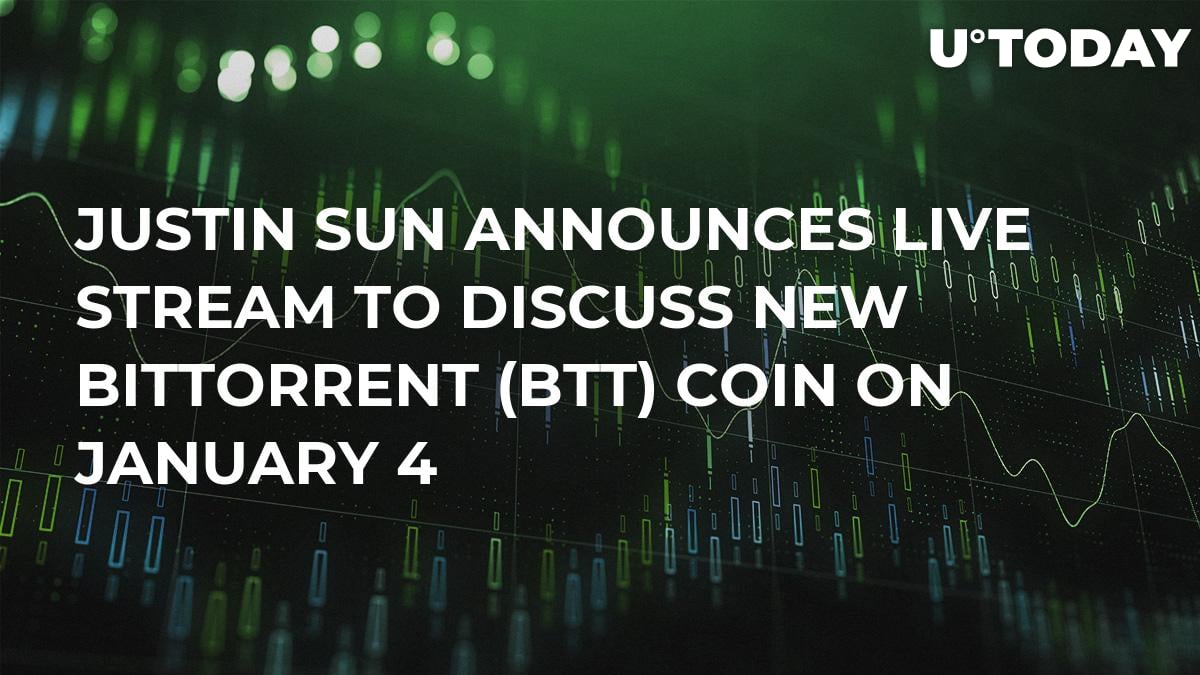 On Wednesday, 3 January, the file-sharing giant BitTorrent, which was acquired by Tron in the summer of 2018 let the world know about the release of its own crypto token BTT. The plans to create such a coin had been announced earlier, in the last quarter of 2018.

Now, Justin Sun, the founder of Tron, invites everyone interested to an online meeting regarding the BTT (BitTorrent, similarly to the company’s name) launch. Most likely, it will be a live stream.

Excited to unveil our new token BitTorrent $BTT and its crowdfunding on #BinanceLaunchpad!! The @BitTorrent token is the first of many steps towards achieving mass adoption of a truly decentralized internet. Come to #niTROn2019 for more info ? @binance https://t.co/PwQZuYRKN2

It has been a while since BitTorrent announced that the token is being developed and now 2019 begins with the news of the IT giant releasing one. The plan is that BTT will be used on BitTorrent, allowing users to increase the speed of downloads and create an incentive for users to utilize the platform.

The coin is created on the Tron network and is compatible with the TRC-10 protocol. Also, it is going to be embedded into the most widely-used app made by BitTorrent - µTorrent Classic client.

The live stream promised by Justin Sun is to take place on Friday, January 4, at 8 a.m. PST, as per the Twitter post.

Want to learn more about BitTorrent $BTT? Join me and the project lead tomorrow at 8 AM PST for more details. Look forward to chatting with y'all ? $TRX #TRON

In the comment thread Sun’s followers, running ahead of the actual AMA (“ask me anything”) session, have begun to make assumptions as to how BTT will be exchangeable with TRX, at what rate. Many believe that if the rate is 1:1, then the currently released TRX supply will not be enough, so the next popular version that per one BTT coin users will be able to get just a fraction of TRX, since the two platforms are going to be totally compatible.

Apart from the aforementioned live stream, Justin Sun plans to give more data on BTT and Tron’s plans regarding it (including the Atlas project) at the niTROn Summit which takes place on January 17–18 in San Francisco.

Presently, BTT coins are available for purchase on the Binance Launchpad. The exchange’s team says in its blog that the Launchpad is made in order to help promising blockchain startups gain attention and financial support from the crypto community. The platform has just been launched, and the first two projects to be listed on it, as per the blog post, are BitTorrent and Fetch.AI.

Judging by the comments under the Sun’s tweet, the TRX community seems to be confused by the launch of the new token. Many are questioning why TRX is not used on BitTorrent and what is the point of making yet another coin.

Some users seem upset believing that now TRX holders will have to buy BTT, even though they do not feel like supporting this new token. 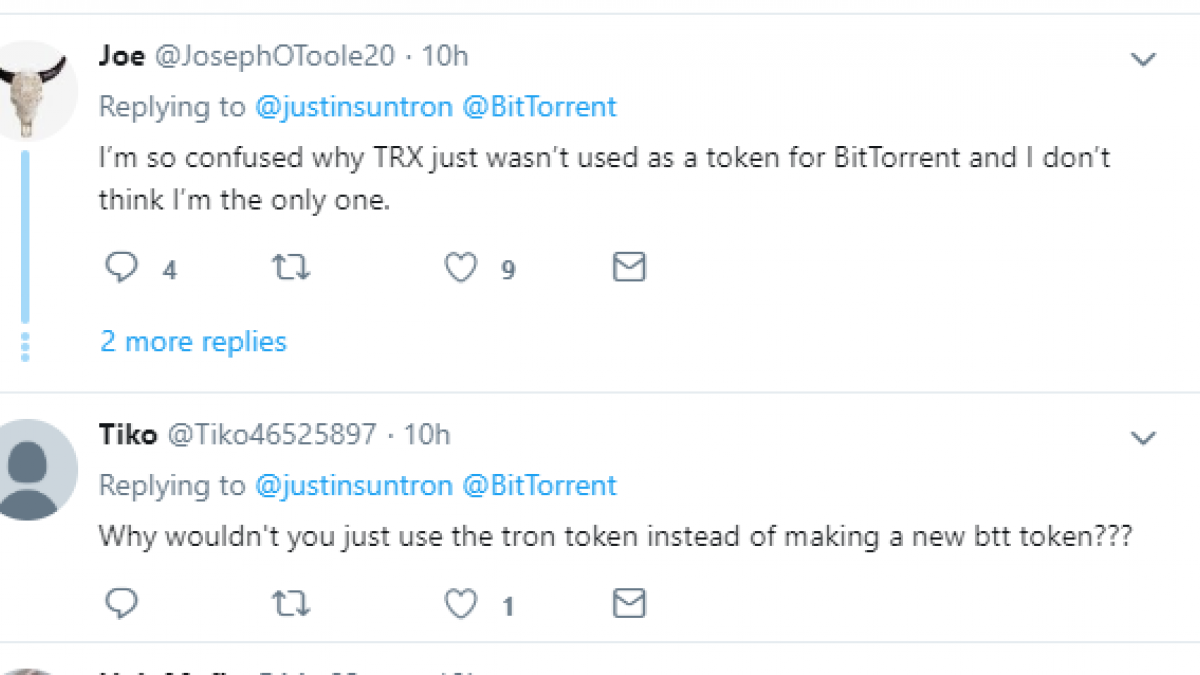 On 4 January, when nearly all the top-ten coins are in the red, the only two coins that are appreciating are Ethereum and TRX. The news about the BTT launch could be the power that is helping TRX go up when everything is rushing downwards.