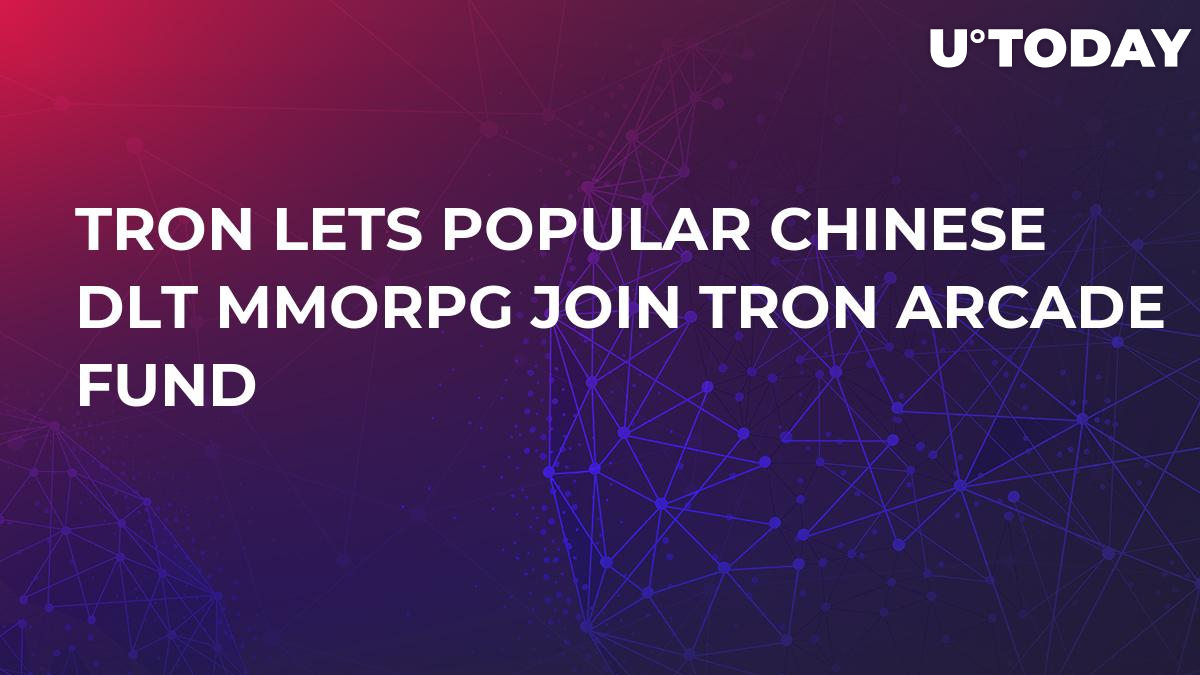 Not long ago, in late November, the Tron Foundation set up a special DLT game fund called TRON Arcade. The organisation has $100 mln which it plans to invest into the DLT-based industry of games within the upcoming few years.

The fund intends to allow developers to come up with new DLT-powered games based on the Tron chain and help to realise the best ideas with funds, distribution and advise, as per the website of the Fund.

A short while ago, Tron Arcade announced through its official Twitter account that a blockchain Massively Multiplayer Online Role-Playing Game (MMORPG) intends join to the Fund.

One of the most popular blockchain MMORPGs in China, 块西游 (KuaiXiYou), is coming to #TRONArcade! We're excited to help them reach a wider audience and start the trend of bringing more in-game economies onto the blockchain. pic.twitter.com/2SuDMmbTXA

This is expected to expand the contribution of Tron to the community of gamers and gradually let it acquire the user-base of the game.

The gaming sphere on blockchain is now becoming very popular. One of the first DLT games that got a tremendous popularity was CryptoKitties working on Ethereum. It made the network and ETH tokens very popular first, since all the crypto kitties that the game offers are sold for ETH only. However, later it created problems with Ethereum scalability, causing major holdups in conducting any operations on the network and consuming the biggest part of its resources.

After the CryptoKitties succeeded, other blockchain games also began to appear. Earlier this year, U.Today wrote about several crypto platforms that allow earning their coins while playing computer games.

Just about a week ago, U.Today reported that the Waves platform, based in Russia, and, similarly to Ethereum, allowing startups to conduct ICOs and develop smart contracts, launched its own Christmas game. The game, reportedly, has no losers. However, in order to start playing, one has to keep a minimum of 1.031 WAVES.