Alex Dovbnya
Soon, more details about all research topics will be published on the Coordicide website 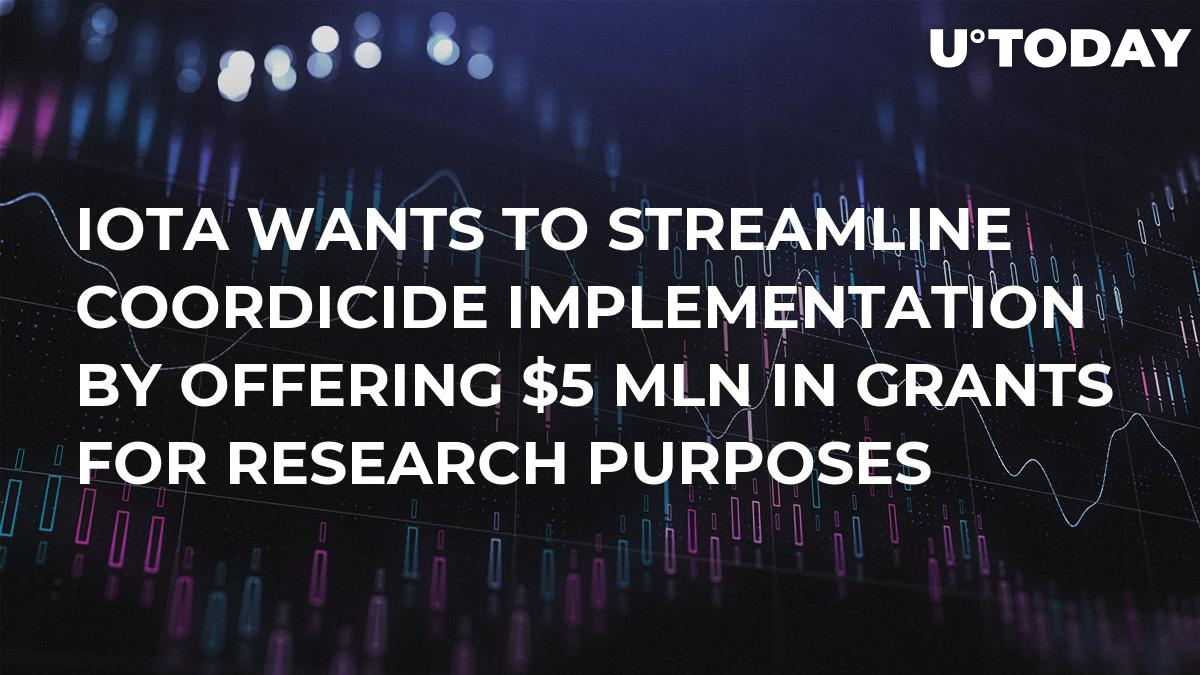 IOTA has just announced a $5 mln grant program that is supposed to speed up the advent of Coordicide. The development of the protocol remains a top priority for the German-based crypto startup.

#news: The IOTA Foundation commits upwards of $5 Million in grants to invite researchers and universities to help us on the quest to accelerate the development of #Coordicide. More details in the blog post:https://t.co/m6jWBaC7UV#IOTA #DLT

As reported by U.Today, IOTA released the Coordicide protocol upgrade on May 28 in order to “kill” the Coordinator, which was utilized to secure the network despite the centralization and scalability problems.

Back then, it was revealed that Coordicide would be implemented in Q1 2020, but it now seems like IOTA is going to streamline the process with the help of its recent initiative.

IOTA is currently looking for the members of numerous research organizations beyond its core team to contribute to the project. The proposed researched topics are ranging from spam prevention to timestamping of transactions.

A $1 mln grant is possible

All those who are willing to apply for funding have to submit proposals that feature the research topic and a preliminary budget. They are open to both large and small ideas, so there is a chance to get a grant that will exceed $1 mln.

This is not the first time that IOTA awards talented developers with some greenbacks. Earlier, the company teamed up with Hackster.io to organize the Smart City contest.