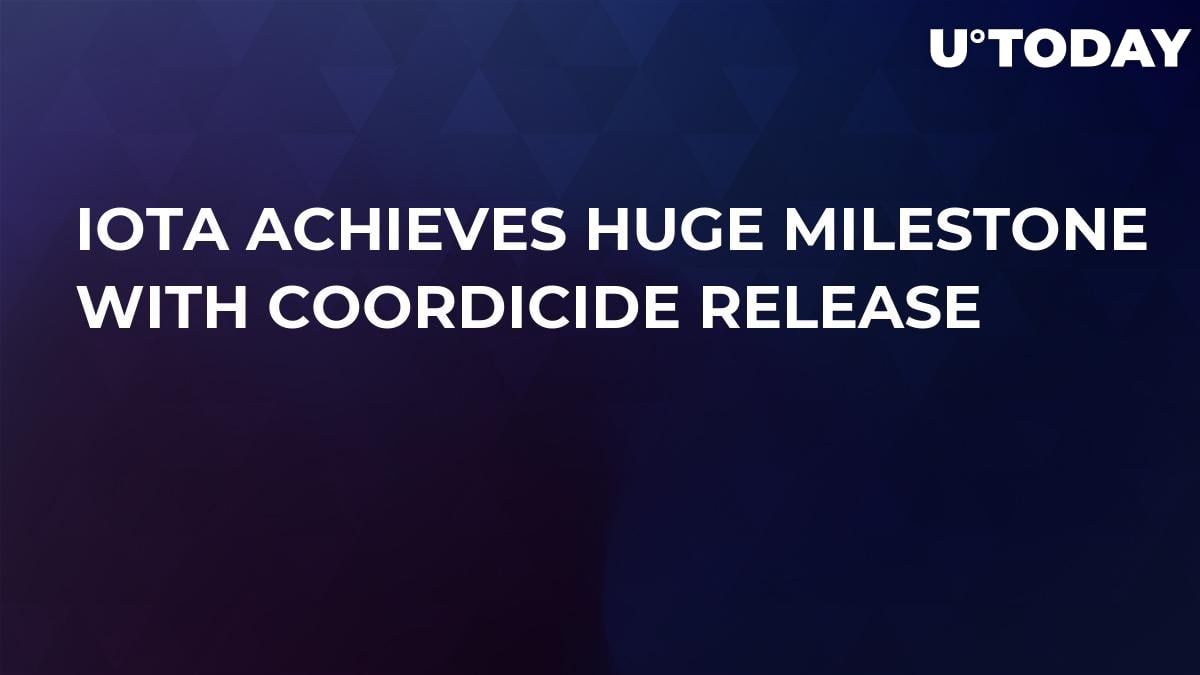 IOTA has just made a major step towards becoming “the first permissionless and scalable DLT technology” by removing the centralized coordinator from its mainnet. The much-anticipated protocol upgrade, which is dubbed ‘Coordicide,’ will make IOTA fully decentralized.

Figuring out how to ‘kill’ the coordinator was one of the major challenges for IOTA. On May 27, IOTA co-founder Dr. Serguei Popov revealed that they had advanced a lot and figured out ‘Coordicide,’ which made it clear that the upgrade was already in the pipeline.

It is both exciting and humbling to have achieved our current level of progress in such a short space of time,” the press release states.

In its infancy, IOTA had to rely on the Coordinator (or the ‘Coo’) in order to secure the network and prevent double spend. While the Coo was useful at the early stage of IOTA’s development, it would still give ground to centralization concerns given that the Foundation could theoretically prioritize transactions of freezing its users’ funds. Moreover, it prevented the Tangle from reaching a higher level of scalability.

The timeline is unclear

Still, it is not exactly clear when Coordicide will be implemented. One of the IOTA representatives revealed it would be determined by “a number of variables.” As of now, their target seems to be Q1 2020.

The MIOTA price spiked by more than 7 percent on the upgrade news during its first stand-alone pump since the Jaguar partnership.