ICOs Sell as Much as They Get from Investors: BitMEX Study 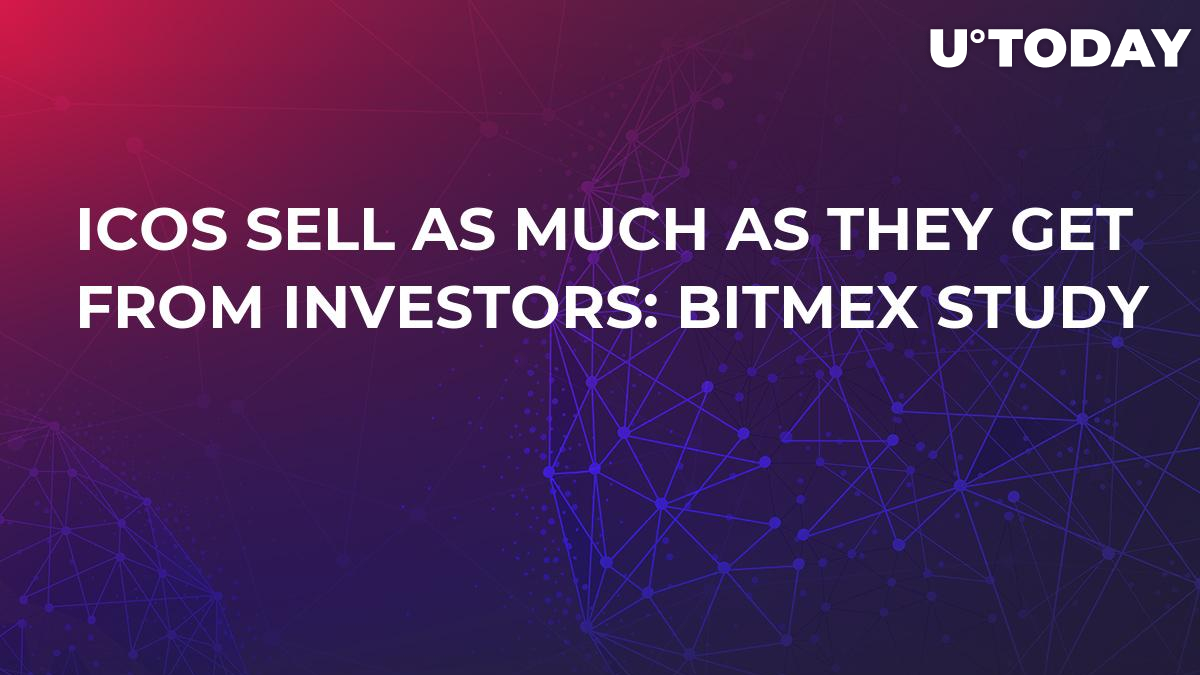 Having teamed up with TokenAnalyst, a startup that provides analytics, BitMEX in its report suggests that even though Ethereum is dropping its value, ICOs that launched on it this year, still got over $90 mln in “unrealized profits”.

The study goes even deeper stating that net profits obtained by ICO makers that closed their sales with success approach a figure of almost $730 mln. The ICO teams have already sold almost as much ETH as they had got from investors, despite the ETH fall, the report states.

Besides, the entrepreneurs who sold the ICO coins to investors reportedly stay optimistic about the price of the ETH tokens in the near future. They consider the Ethers they still have to be unrealized profits, not losses.

Diar report claims the opposite

The Diar agency states in their research that this year is hard for those who invested in ICOs, since around 70 percent of coin offerings now cost less than the investments they initially gained.

30 percent, the report claims, cannot even be found on exchanges. The gap between the amounts raised during ICOs and the present value of about 560 tokens outside the top-100 list is about $5 bln.

Even though the ETH rate against the USD has risen over the weekend, the report of BitMEX proposes that should the quotes drop again, this would hardly have any significant effect on ICO profits.

Fundstrat’s analyst Tom Lee has recently made a forecast that ETH would get bullish up to almost $2,000 by the end of December this year. Currently, ETH is trading at $230.46.