Darryn Pollock
For two months in a row Bitcoin has posted losses, but the feeling is that a bottom has been reached and a break-out could be around the corner 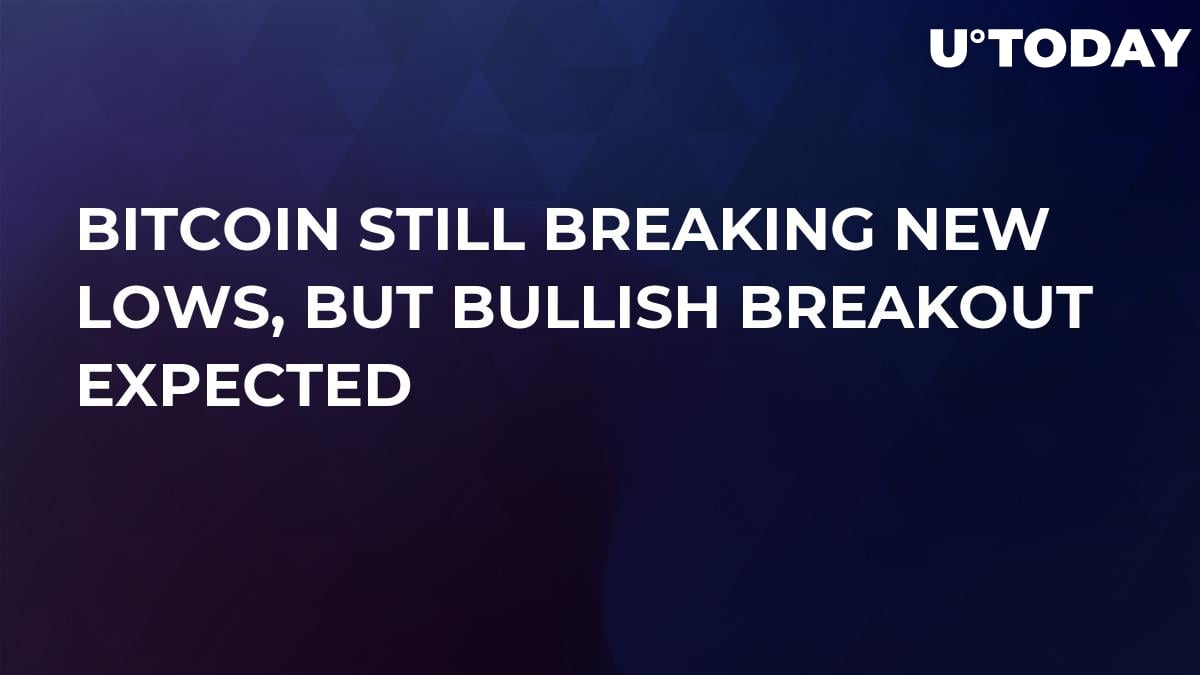 The third quarter for Bitcoin has not been a pleasing one as its price has hit new lows month on month, but the feeling is that there is a bullish breakout brewing.

August and now September have seen Bitcoin price close out lower than it started those months, but price predictors are still optimistic that there will be a quarter four price boost for a number of reasons.

The likes of Mike Novogratz have called this price bracket the bottom for Bitcoin and because of this the only way the cryptocurrency should be up. It was also in the fourth quarter that the Bitcoin price started shooting up.

Bitcoin’s price opened September just above $7,000, but through this month there was a sharp decline that took the cryptocurrency down below $6,200. It is currently hovering around $6,500 which shows another month of losses.

This goes along with a 10 percent loss that was felt from the beginning to the end of August.

How the third quarter went

July saw Bitcoin break a small record as it reached above $8,500 to make it a new two-month high which was also a change in a four-month-long overall decline. Most of this rise was because of the excitement surrounding a potential ETF decision from the SEC.

However, Bitcoin price fell on the news that the Winklevoss twins had had their second ETF application rejected. This news may have brought the price down, but July was a good month overall as it showed an end to Bitcoin’s long losing streak leading up to the halfway mark of 2018.

August saw Bitcoin almost hit a new low for the year, for it fell below $6,000, but quickly made its way back to $7,000 as the end of the month came. And, despite August seeing a lot of selling action, Bitcoin managed to grab back a plus-50 percent dominance across the entire market.

September saw Bitcoin slowly rising with a lot of optimism flowing back into the cryptocurrency market; however, a sudden drop early in the month put many people on the back foot again. The sell-off that followed saw Bitcoin drop back towards $6,000.

However, as September has closed off, Bitcoin has been slowly gaining again.

Bulls around the corner?

There are a few indicators and predictors that seem to point to a rally being around the corner for the fourth quarter of 2018. The anticipation of a Bitcoin ETF is one such indicator. Many feel that should the SEC open the doors on a Bitcoin ETF with some applications still being considered there will be a big influx into the cryptocurrency.

It will indicate an acceptance from regulators and also open a big door for institutionalized investors to enter the market.

Tom Lee has also come out in support for his year-end prediction which is its past all-time high of $20,000. Lee’s latest assertion is that $6,000 is an important mark for miners as it is essentially a break-even point.

“$6,000 is a level that is more important than we realized. Earlier this year, we were pointing at $6,000 as a breakeven for Bitcoin mining, so that level should hold. The fact that Bitcoin is holding here is very good news. I think there are catalysts in the year-end, so I think despite the lower highs we’ve seen, I think we’re starting to reverse,” Lee said.