Investors Take Legal Actions Against ICOs En Masse, But Does It Matter? 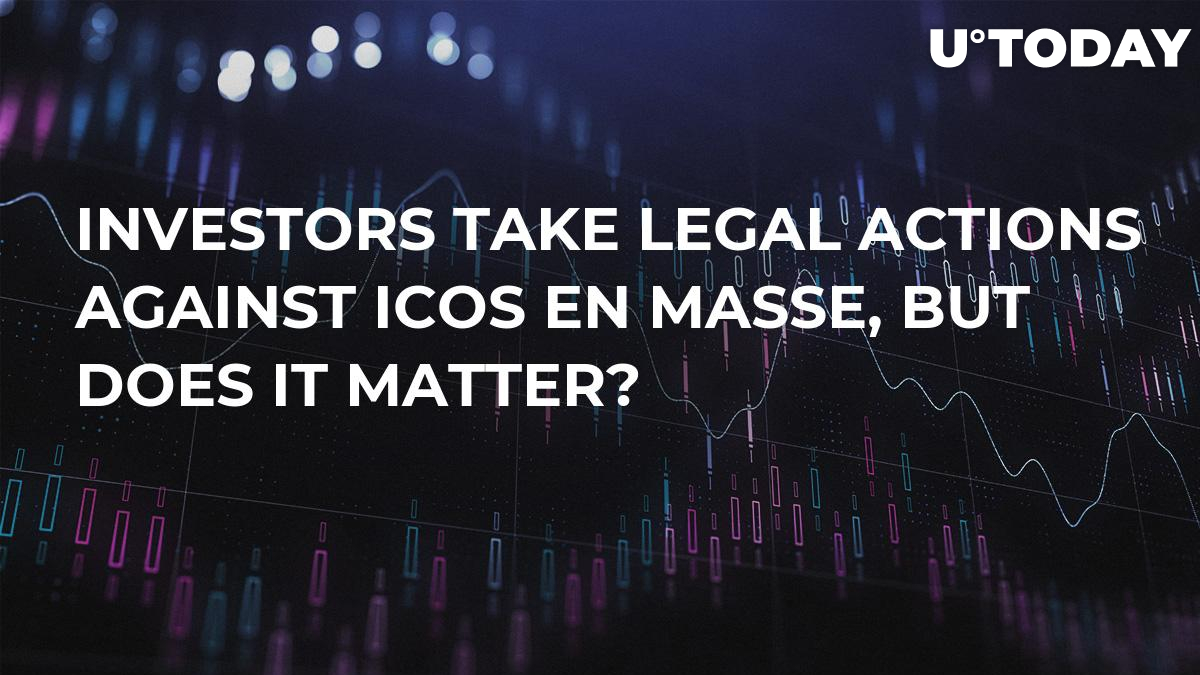 While getting gargantuan profits from investing in ICOs is nothing but a pipe dream these days, many disgruntled investors are taking a militant stance against some failed project by bombarding them with lawsuits. However, the legal uncertainty around ICOs in the US makes such efforts futile.

ICOs have lost their mojo

As U.Today reported back in June, more than 800 ICOs perished in just 18 months. Another study reveals that 70 percent of coin offerings fail to surpass their initial valuation. On top of that, the massive ICO sell-off is serving as a catalyst for Ethereum’s ongoing downfall. While it’s more than obvious that this crowdfunding craze is over, there are still many belligerent investors who want to take legal actions against certain coin issuers.

Investors are recovering after the euphoria

Earlier, one legal analytics firm revealed that the number of crypto-related lawsuits has increased from 15 to 45 in one year. Ripple alone has faced numerous lawsuits this year, but they have been consolidated because all of them are related to XRP’s alleged security status.

In order to be in the loop of what is going on inside the ICO crowd, one has to take a look at several Telegram groups that are currently swarming with threats from disgruntled ICO investors who want their money back. This is especially true when it comes to such highly controversial projects like Shopin’s ICO where investors are yet to obtain their tokens after the arrest of the startup’s CEO Eran Eyal.

There is no point in lawsuits

ICOs are highly speculative because they offer big returns and allow practically anyone to put money into the project (for comparison, IPOs open doors only for accredited investors). Subsequently, that led to many coin offerings being blatant scams and gullible investors seeking legal support from their lawyers or even the SEC. However, due to the lack of regulations, it is rather hard to hold such projects by the throat, successfully filling a lawsuit.