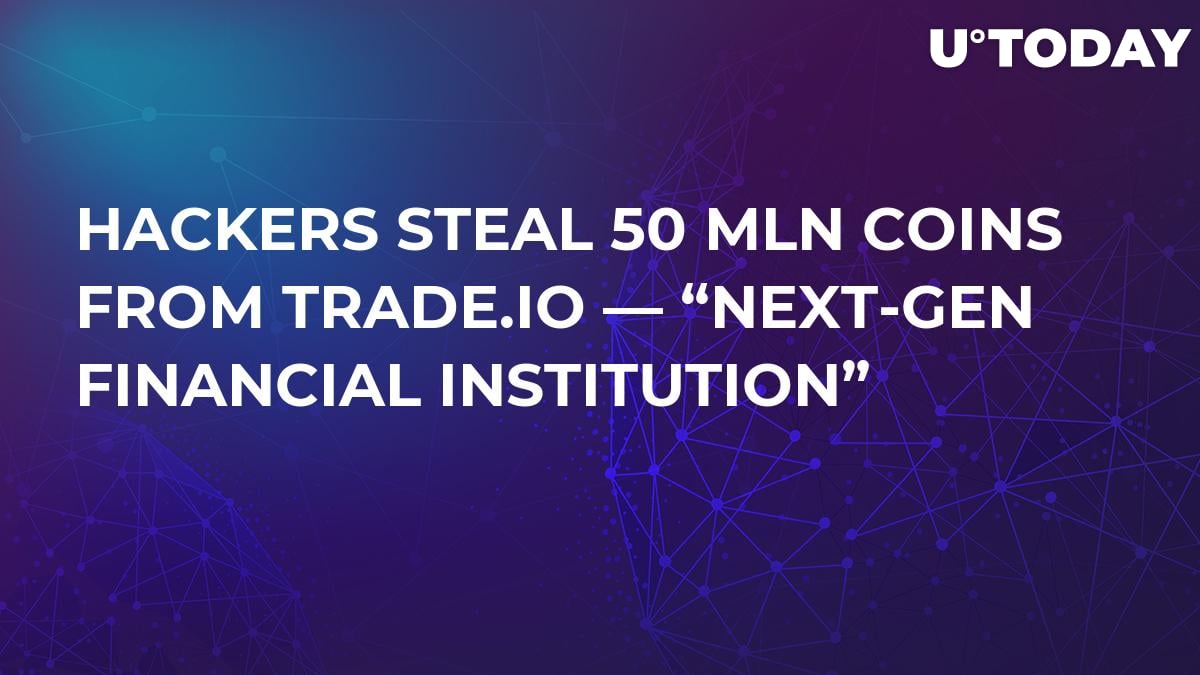 The Trade.io team reports that around 50 mln of the platform’s own coins, TIO, have been stolen in a hack on Monday morning. Part of the tokens, about 1.3 mln, have been transferred to Bancor and Kucoin exchanges.

Soon, responding to the request of Trade.io, the companies blocked deposits and withdrawals in TIO. Later on, Bancor delisted the coin permanently.

Currently, both exchanges are assisting Trade.io in the investigation, attempting to deal with the aftermath of the hack.

The value of the stolen a few hours ago tokens amounted to $11 mln. Since then the rate has dropped, leaving the total value of the missing assets on the $7.5 mln.

The stolen coins were meant to be the company’s ‘liquidity pool’. Thrade.io is positioning itself as “the next generation financial institution.” They claim to have kept the stolen coins in a cold wallet, involving safe deposit boxes in banks. Interesting though that none of the safety boxes were compromised during the hack.

To fork or not to fork?

Currently, Trade.io is considering an opportunity of conducting a hard fork of the Blockchain in order to make the stolen coins useless. The hard fork would mean upgrading the network’s software. However, it would work only if the team manages to convince all users to start utilizing the upgraded software.

On June 17, 2016, an Ethereum-based DAO fund was attacked and around 3,641,694 ETH were stolen thanks to a critical vulnerability in the Ethereum Blockchain. Back then, the stolen coins cost over $64 mln. The co-founder of Ethereum Vitalik Buterin suggested a hard way out — conducting a hard fork. The intention was approved by one part of the Ethereum community and rejected by the other. Anyway, the thing was done and the stolen tokens — frozen, to save the investors’ money.

Those who rejected the hard fork, saying that this goes against the idea of decentralization, set up a new Blockchain — Ethereum Classic.

The TIO coin is not as significant in the market as Ethereum, so if the hard fork is made, it will hardly provoke a similar reaction.

The Trade.io team will announce their decision regarding the fork at a later date.