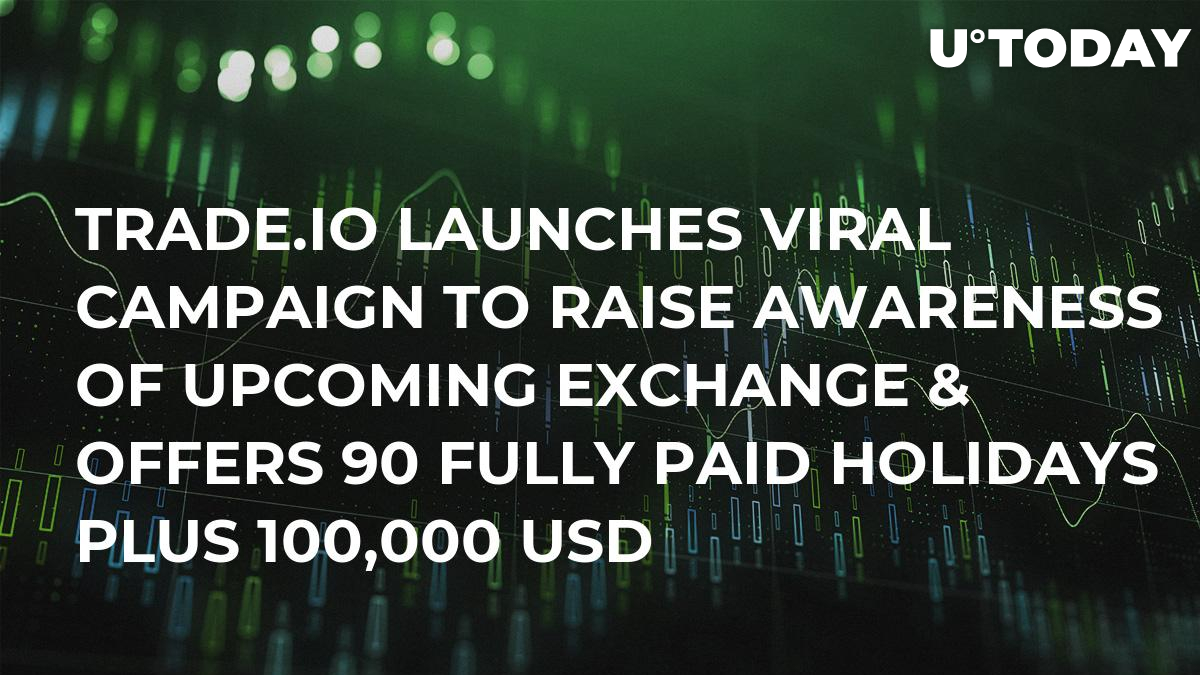 Wednesday, 20th of June 2018, Lugano Switzerland, trade.io has launched the largest ever viral campaign in the cryptocurrency industry, offering participants the opportunity to win a VIP, fully paid holiday to Cyprus plus the top prize of a luxury trip around the world worth $100,000.

With this competition, anybody who Likes, Shares or Posts original content about the upcoming trade.io Exchange on their social media channels will be awarded points. Participants will gain extra points for purchasing the company’s cryptocurrency Trade Token (TIO) and for introducing friends to trade.io. The top 90 participants at the end of the competition with the most points will win the holiday to Cyprus. This is the largest competition that the company has launched to-date, and is expected to have a viral impact on popular social channels.

This launch closely follows an announcement made by the company last week that they will be sponsoring the first ever crypto event hosted by Bloomberg in London on 29th June. At the opening of this event, CEO Jim Preissler will be announcing the launch date of the company’s highly anticipated upcoming crypto-to-crypto exchange.

Head of Business Development Terence Tan commented: “Any success that trade.io has achieved to-date is owed to the strength of its community. This promotion offers another opportunity for our TIO holders, community members and others, to engage in our brand - and it rewards them for doing so!“