Yuri Molchan
The platform has lost almost 25,000 ETH and other coins after one wallet was compromised 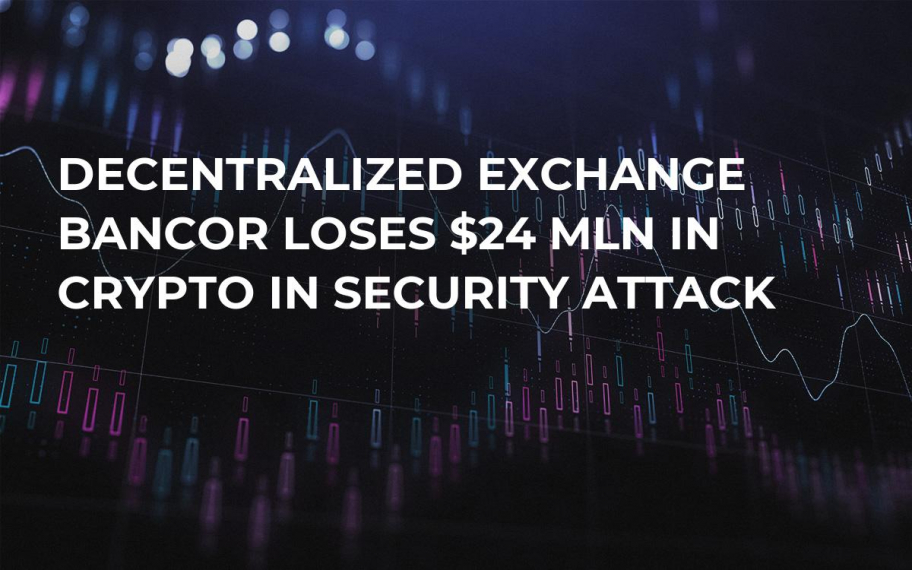 On Monday, July 9, Bancor notified its users on Twitter that the website would be shut down for maintenance. Later on, the exchange posted that it had faced a security attack, however, they wrote, all funds were safe and that they had started an investigation.

Nevertheless, later the exchange team announced that hackers managed to get control of a wallet, which was used for working with smart contracts. The hackers got hold of slightly under 25,000 ETH, a large number of NXPS and the local coin BNT.

Here is the latest update on the recent security breach: pic.twitter.com/JroypFvBri

The amount of the funds stolen equaled to $24 mln. However, the Twitter update made by Bancor insists that no user money was lost.

The exchange team quickly activated a BNT smart contract and froze the coins. However, they failed to trace or get hold of the stolen ETH and NXPS. The team is busy finding a solution to this problem together with many other crypto exchanges in an attempt to trace the coins and identify the criminals.

After yesterday’s hack, various experts started heavily criticizing the platform regarding its operations security methods. Charlie Lee on Twitter expressed his doubts regarding the exchange being decentralized at all since it froze users’ funds after the hack.

Lee’s critical assessment of the situation is caused by the similar situation that happened a few years ago with DAO when the Ethereum team decided to hardfork to save the frozen ETH tokens. This resulted in the split in the community and the creation of the Ethereum Classic platform.