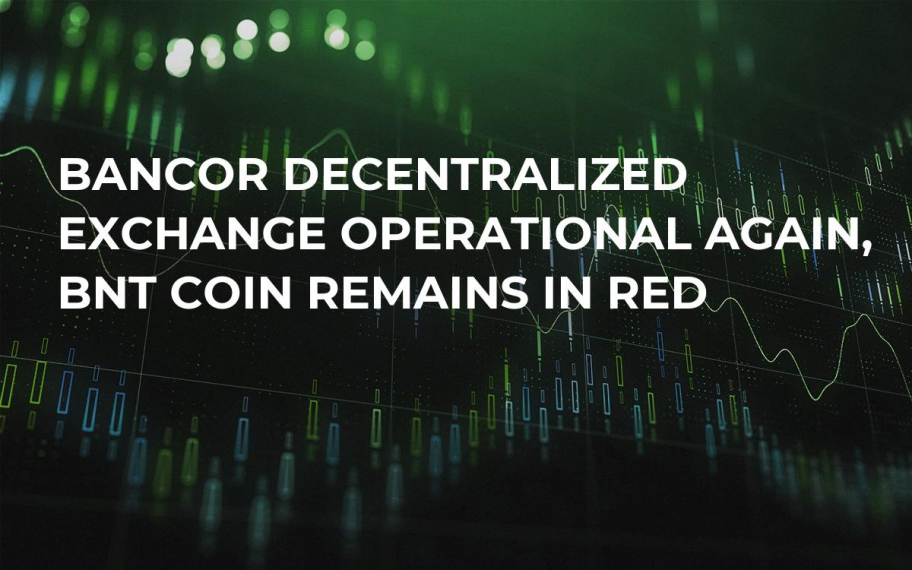 The Bancor exchange has resumed operations and within 24 hours reached a trading volume of around $2.5 mln. The platform had been locked down for over a day after one of its wallets was hacked through a faulty smart contract.

We are happy to announce that the Bancor Network is back online. We will gradually be adding tokens back to the network beginning with the BNT / ETH converter. https://t.co/zyZKV3TrsA

Market response to the attack

After the news of the hack, the platform’s coin BNT (Bancor Network Token) slipped to $2.05. Before that, BNT price had been going down anyway from the high of $3.62 due to the red market affecting altcoins.

The trouble had been foreseen

A long while ago experts had already predicted a potential hack after studying the smart contracts the exchange was using. However, Bancor claimed the probability of trouble was low.

A CEO of a Hosho firm working in the sphere of smart contract security believes that the management of the exchange did not take the necessary safety measures.

The exchange reps explained that no user wallets were hacked, it was a wallet belonging to Bancor that was hit. The one used for minting and burning BNT tokens.

It turned out, though, the exploited smart contract was linked to other ones– this is how the NPXS tokens were stolen.

The case with Bancor exchange seems to remind the community that smart contracts are not totally safe and there is a lot to be done in this respect.