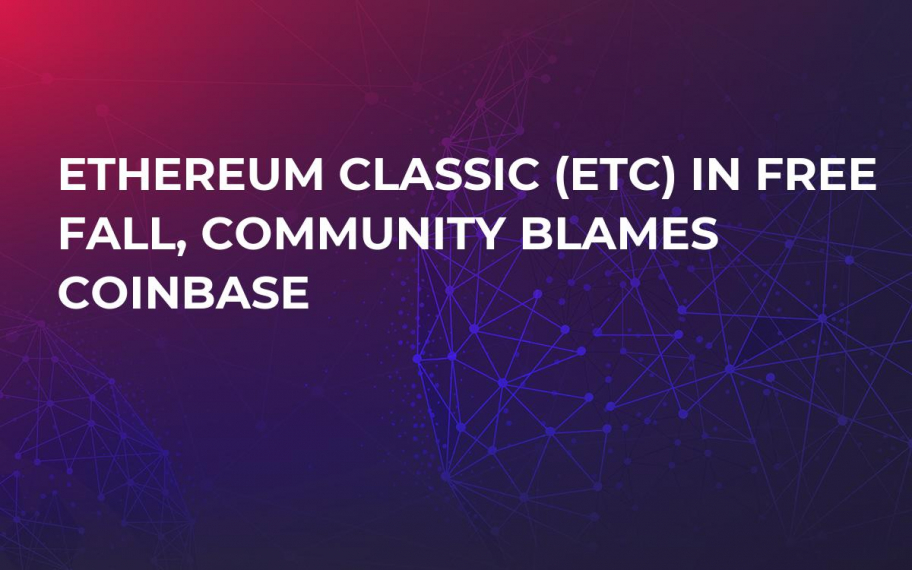 August 2018 has been eventful for Ethereum Classic (ETC). The coin has been first added to the Robinhood app and then listed on the Coinbase exchange– the latter has been expected for a while already.

The news about the platform’s possible listing ETC in early summer caused the asset’s price to rise. Then when the news was confirmed, the rate rose once again.

Finally, on Aug. 7 the coin was added but within a day the price slumped by over 14 percent.

The community believes that the sudden decrease within 24 hours has happened due to the entire ETC hype prior to adding the coin to the Coinbase trading list. Some of them believe that the reason for the slump is the actual adding to Coinbase Pro and Coinbase Prime platforms.

At the time of writing, the coin is trading at $16.13, says Coinmarketcap.com. Yesterday ETC traded at $18. It managed to outperform Tron and Monero, pushing them out of the way and getting to position 11 on Coinmarketcap. However, now ETC is back to the 13th place.

Prior to this Ethereum Classic was first listed by the crypto trading Robinhood app, that does not charge fees. Even though Coinbase had announced its intention to list this coin a while ago, Robinhood managed to do it faster, while the exchange was finishing its final tests regarding ETC.

The exchange added the coin just a day later but so far it does not help the asset to advance in its market position and has brought up a lot of worried comments in Twitter made by ETC community members.