Ripple, An Oddity Among Cryptocurrencies and Their 2017 Champion

Darryn Pollock
The XRP token is one that has been designed for, and is marketed to the central banks as a global settlement network 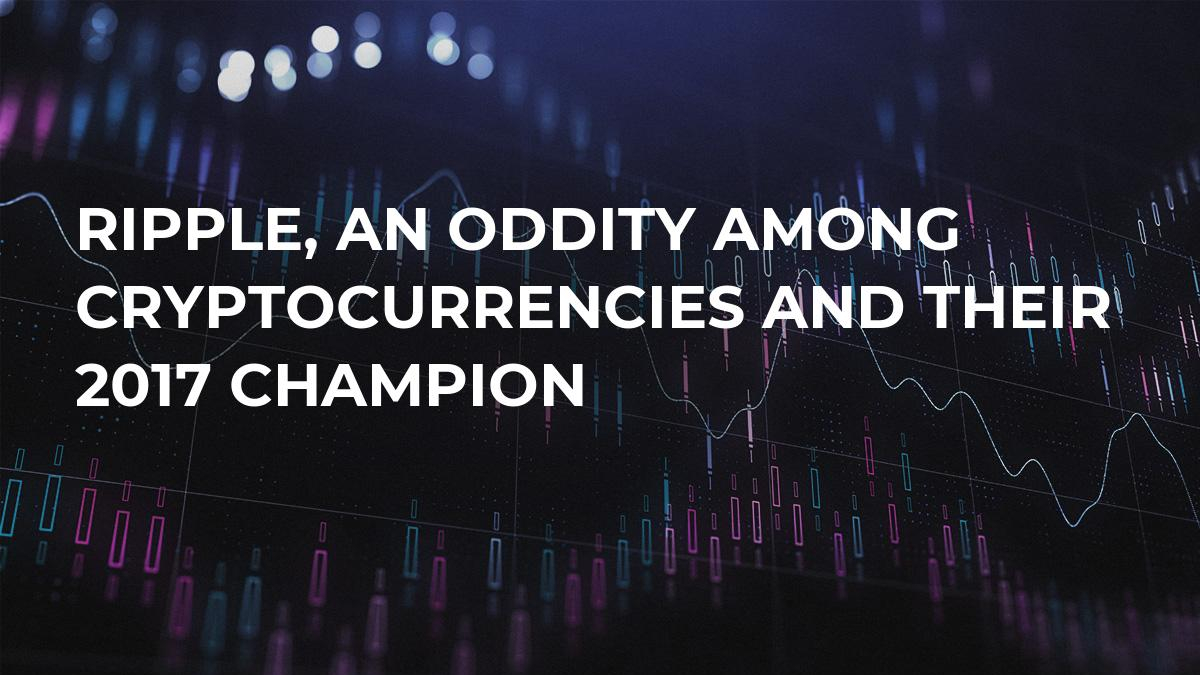 Ripple, in the world of decentralized cryptocurrencies, has looked to control a very different market to its anti-establishment companions. The XRP token is one that has been designed for and is marketed to the central banks as a global settlement network.

Essentially, the Ripple Network was designed to allow anyone to transfer money in any currency to any other currency in a matter of seconds, but under the auspices of major banks. This means that XRP becomes a common currency.

With this common currency as the payment gateway across the globe, the belief was that the transfer of XRP into the local currency would be extremely cheap and incredibly fast.

Getting into the banks

The Ripple Network is not decentralized, nor does it claim to be, with the controls and distribution of XRP tokens all coming out of the San Francisco- based Ripple company. This company has been busying itself with making partnerships with major banks.

The belief is that instead of competition with banks, Ripple is looking to offer them a way to utilize the power of the disruptive technology that is the Blockchain.
This distributed ledger makes perfect sense for banking transactions as it can cut out a lot of the middleman work, lower fees and speed up transactions on a global scale, while still leaving banks as a central controlling authority.

Ripple can claim to have roots that are longer than Bitcoin as its precursor, RipplePay, was first developed in 2004 by Ryan Fugger. Fugger envisioned a decentralized platform that essentially allowed users to create their own money and thus a payment option for an online community.

This foundation eventually led to Ripple Labs, and its focus on the banking market while incorporating the Blockchain technology. It began with the Ripple Client App, allowing users to make transfers with their phones, but has grown beyond that hone in on global banking payments.

One of the richest men

Ripple garnered a lot of attention towards the end of 2017, where it ended as the best performing well-established coin of the year- growing 36,000 percent in the year. This growth, and interest in the coin because of its big partnerships with major banks, saw its founder, Chris Larsen, climb the global rich list.

At Ripple’s prime, valued at around $3.84, and with the control of the currency in the founder’s hands, Larsen was valued to be richer than the founders of Google, on paper. His value reached an estimated high of $58.4 bln.

Ripple was the surprise winner of 2017 with its price break out and 36,000 percent rise in value. Not only because it was a hitherto unknown coin for most of 2017, but because Ripple itself says it is not meant to be used as a speculative investment.

Ripple has had a number of spikes along with its history but has always been a purposefully low-valued coin. At its height of $3.84, Ripple made massive gains, especially considering its last spike in May of 2017 saw it reach only $0.40.