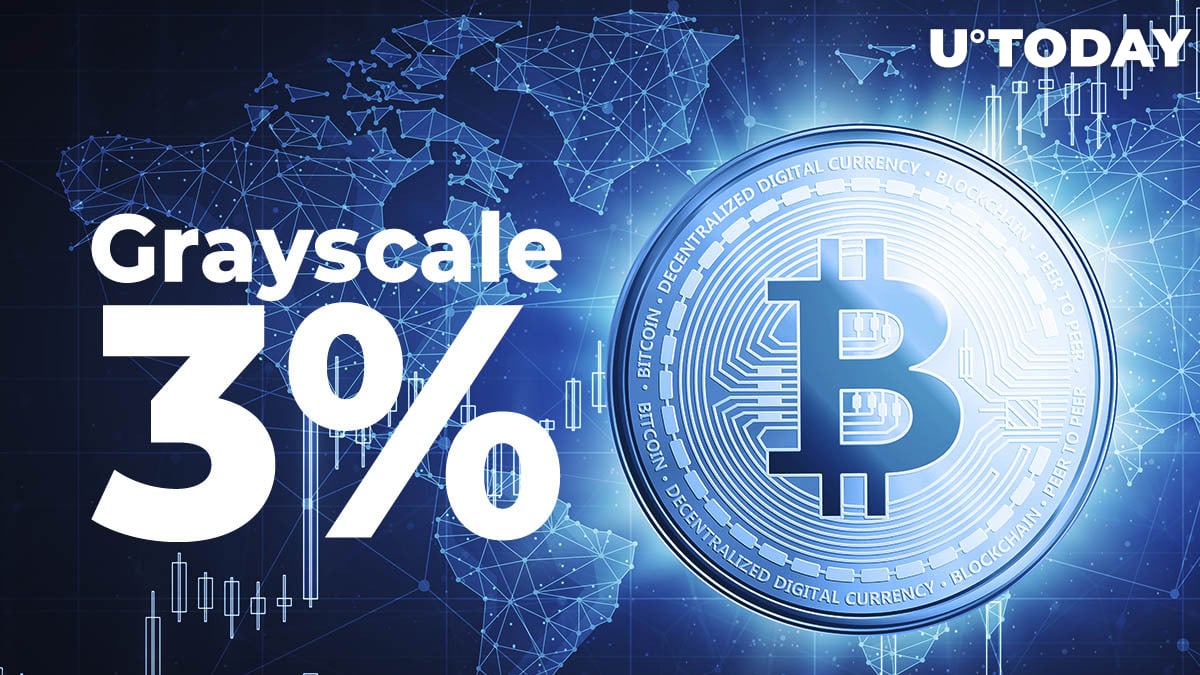 Grayscale Investments now holds a total of three percent of all circulating Bitcoin after acquiring another 16,244 BTC, the equivalent of $607 million, on Jan. 18, Monday.

This was the single largest Bitcoin purchase made in one day.

The founder of Capriole Investments, Charles Edwards, has taken to Twitter to comment on the news of Grayscale's acquisition of over 16,000 BTC yesterday.

He pointed out that the company's crypto holdings have been increasing by approximately ten percent monthly and assumed that, in 2021, Grayscale may extend its BTC stash more than three times—to 10 percent of all circulating BTC coins.

Bitcoin influencer known as Whale Panda on Twitter specified that yesterday's gargantuan Bitcoin purchase equaled the amount of BTC mined in 18 days (at a rate of 900 Bitcoins per day).

He added that, over the past 30 days, Grayscale has acquired 60,000 BTC, or the equivalent of two months of miners' work, while, during this time, the Grayscale Bitcoin Trust was closed for three weeks and resumed accepting inflows from investors only recently.

Yesterday 16k BTC was added which is the equivalent of 18 days of new coins being mined (900 per day). Over the last 30 days it was 60k BTC which is more than 2 months of mining...and the trust was closed for 3 weeks.

In this video, the vocal Bitcoin hater and gold bug has repeated his earlier allegation about CNBC and Grayscale. Schiff believes that Grayscale is the biggest advertiser on CNBC and, for that reason, the popular news company is pumping Bitcoin, talking only to pro-Bitcoin guests and never sharing any bearish forecasts—only bullish ones.

Previously, Peter Schiff stated that he had never been invited to talk about Bitcoin and gold with CNBC but only such Bitcoiners as Anthony Pompliano were.

Despite that, Peter Schiff's statements against Bitcoin—in which he curses BTC as a false store of value—his precious gold has not yet surpassed the all-time high of $2,063 per ounce reached by XAU last August.