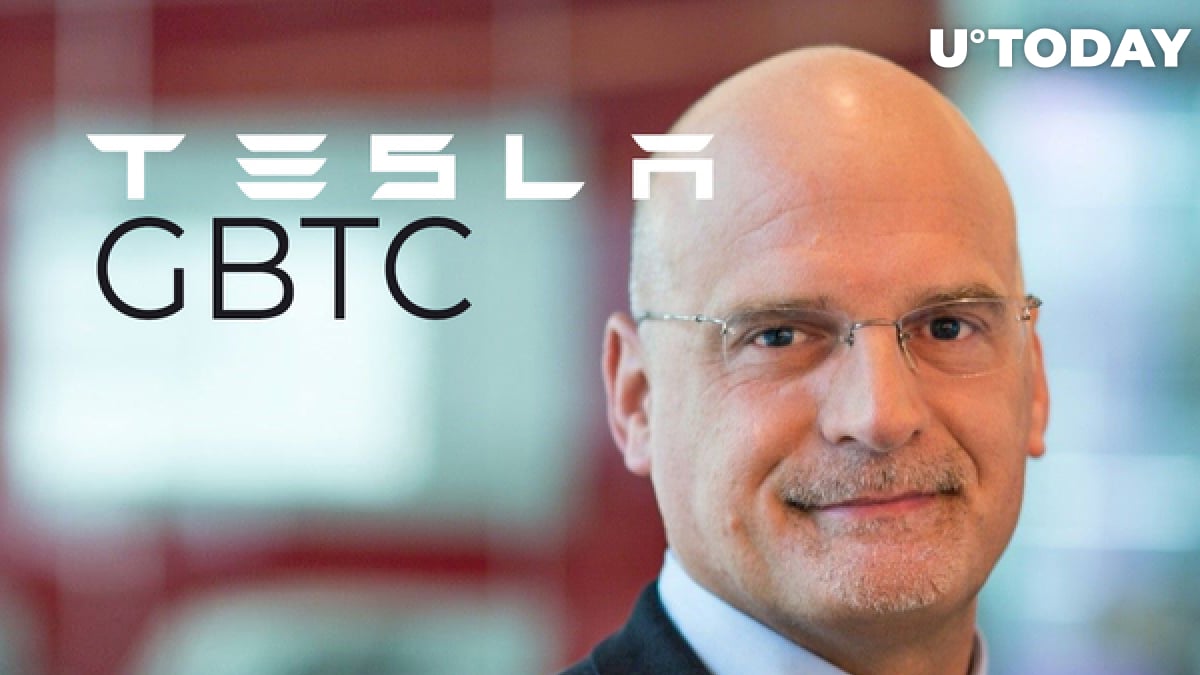 The leading commodity strategist at Bloomberg, Mike McGlone, has shared that GBTC is massively outpacing Tesla this year thanks to the increasing probability of Bitcoin ETFs.

He also shows why the flagship cryptocurrency, Bitcoin, is on track to become a global digital reserve asset.

Mike McGlone has tweeted that the main product of the biggest crypto investment fund, Grayscale Investments, has surpassed Tesla stocks.

As per the tweet, GBTC has outpaced Tesla by almost 50 percent so far in 2021 as bullish expectations for GBTC are becoming a reality. The price of the Grayscale Bitcoin shares is gaining support from the rise in the probability of Bitcoin ETFs being launched in the U.S.

However, the same factor is also raising the GBTC discount.

Meanwhile, earlier this week, Elon Musk announced that Tesla now accepts Bitcoin for its cars. The company is not going to convert BTC into fiat and will be storing it as a reserve asset in addition to the $1.5 billion worth of BTC Tesla bought earlier this year.

After Musk's announcement about Bitcoin and Tesla, the price of the flagship crypto dropped, continuing the correction that had begun earlier.

Mike McGlone has shared a chart that demonstrates a parallel rise of the Bitcoin price and the Bitcoin liquidity index this year.

He believes that the "maturation leap" of the world's biggest crypto this year is likely to turn it into a risk-off asset and a global digital reserve currency.

Bitcoin is already less risky than the Dow index, according to a tweet by McGlone published earlier this year. The chief commodity analyst of Bloomberg expects BTC to hit $80,000; then, it will be able to beat Amazon by market capitalization.

This year, financial institutions are showing increasing interest in Bitcoin. Large companies such as MicroStrategy and Tesla are buying into BTC. Bitcoin ETFs have launched in Canada.

Also, Visa and Mastercard are enabling Bitcoin payments to merchants, which is stimulating retail interest in BTC and crypto adoption globally.