Darryn Pollock
An odd art item, gold casts of Nelson Mandela’s hands, have been sold for $10 mln in BTC. 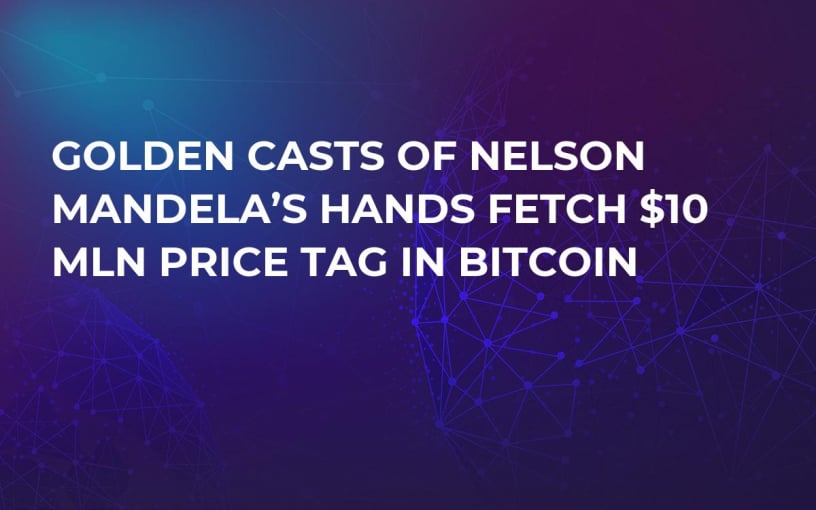 A Canadian Businessman, after 10 years of searching, has found a buyer for his prized piece of art. Gold castings of the late president of South Africa, Nelson Mandela, have fetched a hefty price tag of $10 mln. The interesting point? The price was paid in Bitcoin.

The buyer of the art piece is Arbitrade, an Ontario-based cryptocurrency company. Not much is known about the company, but, it states that it will back all its virtual coins with some percentage of physical metal including gold.

Malcolm Duncan, formerly of South Africa, tried to sell the hands back in 2007 but he was scuppered by controversy over provenance and a possible missing charitable donation.

Fed to Leave Interest Rates Near Zero Until 2023. Is This Bitcoin’s Time?
Show all