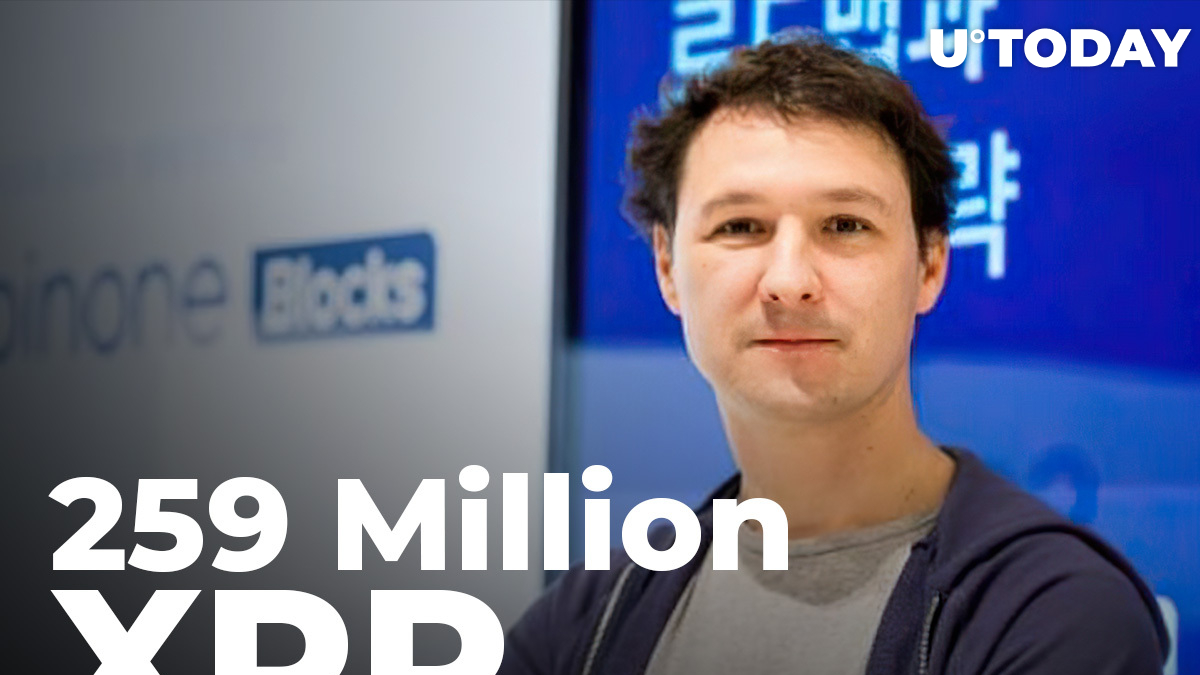 First CTO of Ripple and the person who founded the company together with Chris Larsen back in 2012, has sold a whopping 259 million XRP tokens in the past two weeks, data from XRPscan shows.

He also received 442 million XRP from Ripple Labs on May 1.

McCaleb to sell 13.4 million XRP per day this week

He has been moving XRP in 17.3 million batches (seven transactions), 18.5 million (six transactions) and 13.4 million (just two so far this week).

Every week, McCaleb sells XRP from his shrinking stash, dumping a certain amount of XRP each day. From April 25 until May 1, he was selling 18,558,414 XRP per day.

Starting on May 9, he began to release 13,398,341 XRP on a daily basis (three transactions so far), thus decreasing his daily sales every following week.

On May 1, McCaleb received a 442,127,865 XRP tranche from Ripple as part of his compensation from the company for founding it and serving as the first CTO.

As reported by U.Today earlier, blockchain analyst Leonidas Hadjiloizou expects McCaleb to run out of his XRP by late August completely.

By now XRP has been moved to the top-eight spot on the CoinMarketCap scale as DOGE has been adding to its market capitalization as the fourth biggest coin and other altcoins have been outperforming XRP too.