David Dinkins
Former secretary of economic affairs suggests simply banning Bitcoin instead of trying to figure out how to regulate it; is unclear how such a feat could be accomplished 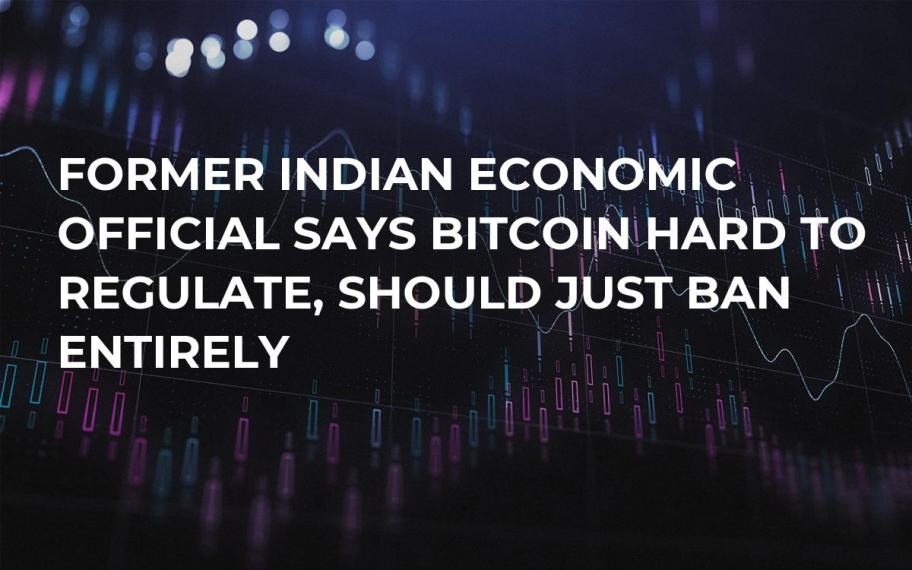 India’s former Secretary of Economic Affairs, Shaktikanta Das, says Bitcoin would be too difficult to regulate. Instead, to prevent the host of oft-mentioned potential problems such as terrorist financing and money laundering, Bitcoin should simply be banned, says Das. These comments come at a time when India is grappling with the challenges of regulating a decentralized, pseudonymous, virtual currency.

Bitcoin’s very nature resists regulation, which is driving regulators and government officials crazy. First, Bitcoin is pseudonymous, meaning that while not completely anonymous or impossible to trace, Bitcoin addresses are not tied to a person’s real-life identity. If one is extremely careful, it’s possible to transact anonymously using Bitcoin. Second, Bitcoin is a peer-to-peer digital currency, making it decentralized by definition. It’s impossible for authorities to censor or otherwise interfere with Bitcoin transactions due to the currency’s decentralized and trustless design.

Regulators do have one ace up their sleeve. When the digital currency and fiat realms touch, that provides an opportunity for regulation. A person can do thousands of Bitcoin transactions per month, with anybody they want, and if he is careful, the government will never know. Nor will they be able to block or interfere with the transactions.

However, when it comes to buying or selling Bitcoin, the government has an opportunity to foist all sorts of regulations on its citizenry. While there are some non-AML/KYC trading options (such as localbitcoins.com), most people buy and sell cryptocurrency using exchanges, and any exchange that deals with fiat is required to follow AML/KYC laws. Likewise, tax authorities may be notified if your bank account receives an unusually large deposit or series of deposits. Even if they are not, in the event of an audit, your bank statements will give them plenty of opportunities to ask questions.

Go ahead and ban

“Let us accept that it would not be possible to regulate it effectively. Because they will do transactions from their houses. You cannot enter every home to check what transactions are going on. So, I think this is a serious challenge, and this should not be allowed at all.”

Given that Das accepts that the government can’t simply enter everybody’s houses and check on their Bitcoin usage, it’s hard to see how regulators would manage to enforce a ban. While they can prevent Bitcoin from being bought and sold, as China has done, they certainly can’t keep people from using the Bitcoin network