Darryn Pollock
Former FDIC chair Sheila Bair is not worried about Bitcoin mania, even if it has no intrinsic value 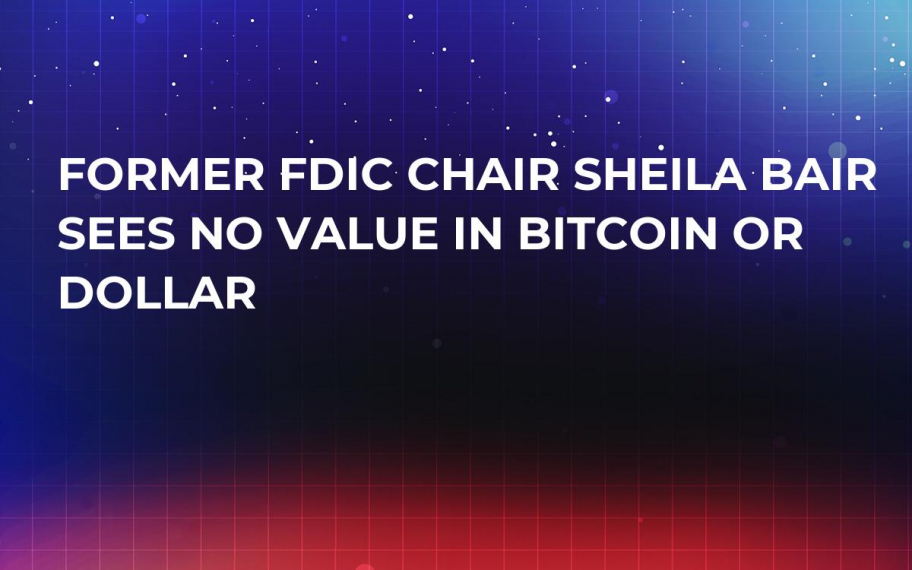 Sheila Bair, a former FDIC chair, has come out with a measured view of Bitcoin stating that there is no reason to outlaw the digital currency, and the argument that it has no value is a flawed one.

Regulators have given Bitcoin a hard time for varying reasons, and the hype and supposed lack of value is one of the arguments. However, Bair still wants regulation but says value is a poor argument.

What of the dollar?

Bair, who led the Federal Deposit Insurance Corp from 2006 until 20011, and previously served on the Commodity Futures Trading Commission, is well placed to give fair comment on Bitcoin in the modern era.

“I don’t think we should ban it- the green bills in your pocket don’t have an intrinsic value, either. The value is based on what others think is its value. That’s true of any currency,” Bair said.

As a former regulator, Bair is looking for some regulation thought of the digital currency in order to make sure it is not being used for nefarious reasons.

“Regulation should be focused on good disclosure, education, warding off fraud and making sure it is not used for illicit activities. Let the market figure out what it’s worth,” she said. “That is what it is doing now.”

Part of this legitimizing will also help Bitcoin become more stable and reliable, because, according to Biar, Bitcoin is not going to be the next crisis-causing market.

“I’d keep an eye on credit-card debt,” she said. “Subprime auto has been a problem for a couple of years, and valuations on loans used to finance leveraged buyouts are high. Any type of secured lending backed by an asset that is overvalued should be a concern. That is what happened with housing.”