Famous (And Not Well Known) Documentaries, Feature Films About Bitcoin

Yuri Molchan
In this review, U.Today has brought together famous documentaries about cryptocurrency, as well as comedies and action films 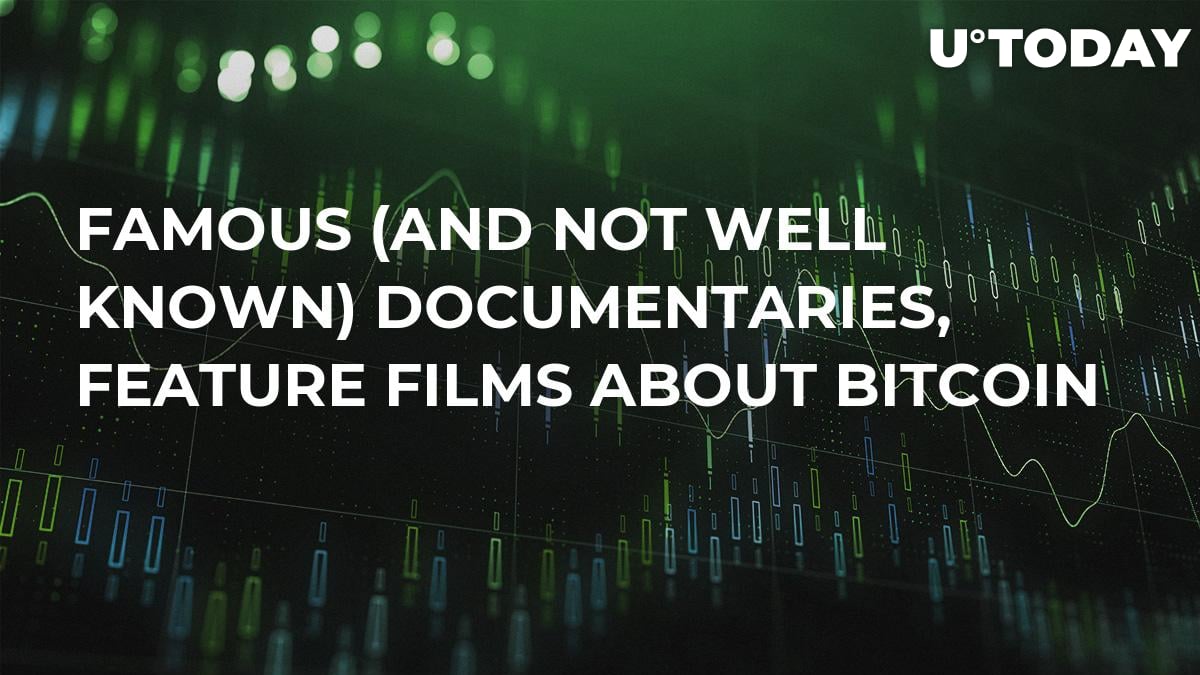 A film that lasts just 8 minutes, this is a narrative about Argentinians who take up using virtual currencies to protect themselves from the aftermath of the Argentine peso inflation.

The film offers a detailed review of Bitcoin and its characteristics. Separately is discussed the personality of the mysterious Satoshi Nakamoto, the man who managed to create a unique form of money that has caught global attention. The film includes interviews with the Winklevoss twins, Vitalik Buterin and other famous reps of this global industry.

A documentary about the life of young spouses who decide to live 100 days off of cryptocurrency only.

Related
Bitcoin Cash Retreats From Its High Ahead of Hard Fork

This movie is set in Australia, the country that is looking at Bitcoin as the “future of money”. It features the stories of the first successful Bitcoin startups, miners and retail stores, taking crypto as payment for goods.

The film provides a detailed explanation of how Bitcoin can come in handy and what difficulties it is meant to solve. The movie also gives an inside look at e-commerce and features philosophical discussions regarding the future of digital money.

The movie is a narrative of the anonymous online trading venue Silk Road, its founder Ross Ulbricht, the P2P payment system provided by Bitcoin, and the “deep web” philosophy. The film was first shown during the South by Southwest movie festival in 2015.

This Dutch-made movie is centered around “Bitcoin Jesus” Roger Ver. In particular, the film includes Roger Ver’s interviews in Japan.

In this film, the ideas of other famous Bitcoin supporters are discussed, such as those of Andreas Antonopoulos. In addition, the topic of crypto mining in China is touched upon and analyzed.

Trust Disrupted: Bitcoin and the Blockchain (2016)

A documentary film series based on the “Digital Gold” book by Nathaniel Popper, made for the TechCrunch YouTube channel. Various celebrities and experts of the crypto industry gave an interview for it, including Vitalik Buterin and Roger Ver.

This film is made in the format of a social experiment, and it discusses whether it is legal to use Bitcoin. The main characters are off to travel around Scandinavia, using only cryptocurrency as payment as they move forward.

The movie is a narrative about the second most popular coin, Ethereum, and its creator Vitalik Buterin.

The first Chinese documentary about Bitcoin, created by the Bitkan trading platform. The story is about the Chinese giants of the BTC ecosystem: Bitmain, ViaBTC, Huobi and Bixin.

The story of Mark Karpelès, the CEO of defunct exchange Mt.Gox. Back in 2015, after stealing 850,000 BTC ($1.5 bln) from the exchange, Karpelès was arrested. A year after, he was released on bail and is still under investigation. However, he did break his silence.

Trust Machine: The Story of Blockchain (2018)

A Vietnamese action movie about a hacker nicknamed The Ghost, who steals crypto and leaves no trace. The best Interpol agents are after him. Soon they find out that the hackers have no honour.

A comedy, telling the story of how a fired father leaves his house in the suburbs with a lazy brother in order to convert the Bitcoins they have into hard currency to save their family.