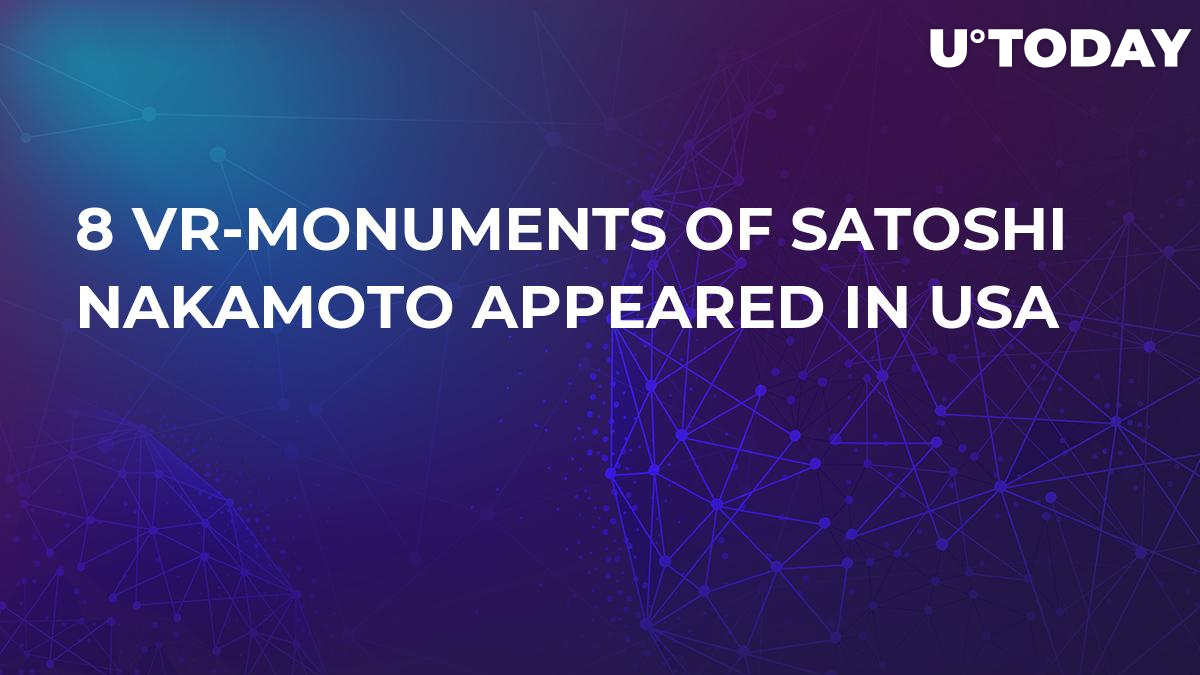 The founders of the Satoshi Nakamoto Republic project have set a goal to create augmented reality cities around the world and unite them into single Virtual Republic.

During the 9 months since the launch of the project, the VR-monuments were erected in 11 cities of the USA, Switzerland, and Ukraine. They are available within the mobile app.

At the end of this year, Satoshi Nakamoto Republic is to launch a platform for the sale of virtual land and installation of virtual objects using QR-codes and geolocation. To create an object, the customer will need a plot of at least 100 square meters. Certificates placed in the Blockchain will be issued as a transaction proof.

The first VR-monument of Satoshi Nakamoto appeared in Kiev this September.

Satoshi Nakamoto Republic (SNR) aims to construct virtual cities all over the World using the AR technology and unite them into virtual decentralized Blockchain republic, named in honor of the legendary Bitcoin founder. The Republic will be based on principles of Voicecracy. The foundation of virtual cities starts with the construction of Satoshi VR monuments in a real city, which will become the center of the virtual one.