Alex Dovbnya
LocalBitcoins trading volume skyrockets in Venezuela, but the real growth of BTC might be largely exaggerated 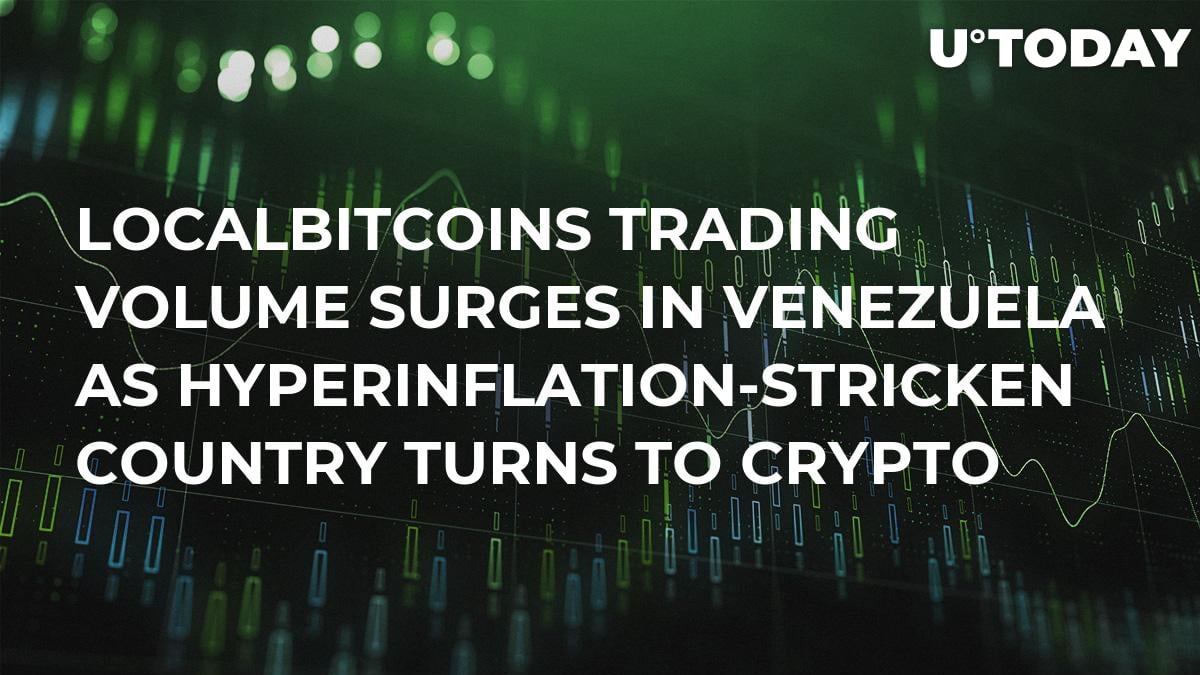 While Venezuela's “economic recovery program” is already shaping up to be a massive flop, the country dives into the world of crypto without trepidation. Skyrocketing trading volumes on a peer-to-peer cryptocurrency exchange LocalBitcoins serve as a proof that Venezuelans are hell-bent on ditching the tanking government-issued Bolivar.

Is the crypto boom really happening in Venezuela?

Alexander Tapscott, a reputed Blockchain analyst, has recently tweeted the infographics that shows a rapid increase of LocalBitcoins trading volume in Venezuela. LocalBitcoins is a Helsinki-based trading service, which allows performing over-the-counter transactions, exchanging any fiat currency (in this case Bolivar) into Bitcoin.

LocalBitcoin volumes in Venezuela continue to skyrocket. This is why Bitcoin matters. cc @_jillruth for first flagging this a few months back pic.twitter.com/42TqtLWqHw

However, some Twitter users were skeptical about rapid Bitcoin adoption in Venezuela, claiming that this graph doesn’t accurately represent the Bitcoin popularity due to the high level of Bolivar depreciation.

So the much talked about bitcoin boom in Venezuela is pretty much a myth. Yes, there's a slight increase in volume but the figures look very different when you strip out the Bolivar depreciation.

Whether it’s a myth or not, other cryptocurrencies are also picking up steam in Venezuela, which is already the second biggest market for Dash. Recently, Venezuela's government also issues its own Bolivar-pegged cryptocurrency called Petro, but the state-backed cryptocurrency was doomed to failure from the very beginning.

In his tweet, Tapscott claims that this huge spike in trading volumes is “why Bitcoin matters.” However, it is still debatable whether or not cryptocurrencies can save unstable economies like Venezuela. As U.Today reported earlier, a new Diar study suggests that cryptocurrencies are not a viable option for battling inflation since they are extremely volatile as well. Dash, for example, lost 84 percent of its value this year (the same goes for the majority of other altcoins). However, they don’t even come close to the level of inflation in Venezuela, which is expected to hit one mln percent.