Every Crypto Collapse Has a Silver Lining: The Current BTC Correction Has Been Smallest So Far

Yuri Molchan
Up to date, Bitcoin has seen five big retracements, thus the current red wave seems the tiniest compared with previous ones 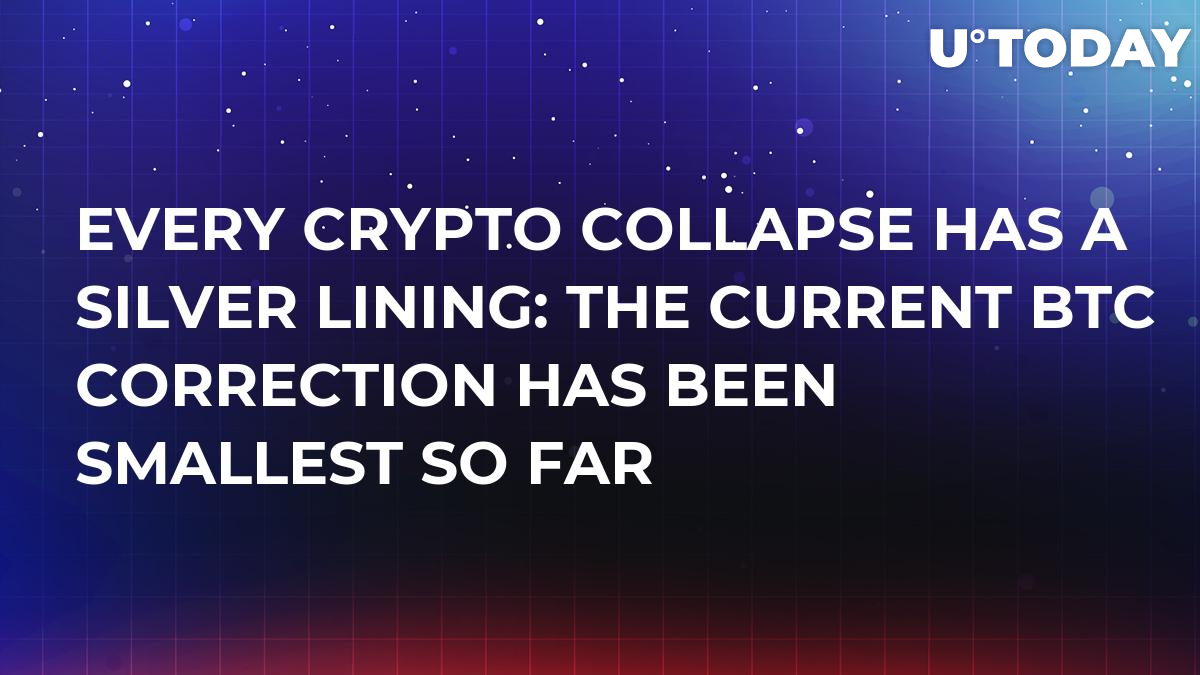 As one can see in the table below, this year Bitcoin has suffered a decline of nearly 80 percent. It has been going on since December 2017. Over that period, BTC’s rate has plummeted from almost $20,000 down to $4,050. 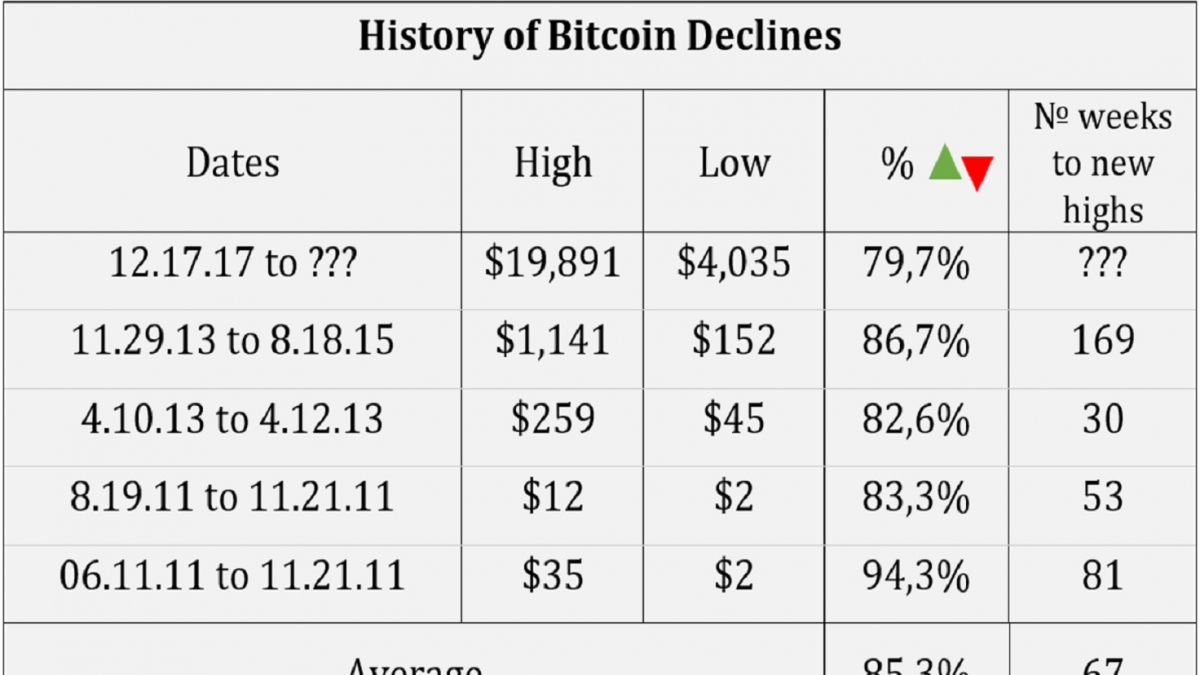 On Wednesday, BTC went through a sharp fall from $4,500 to $4,050 trading against the USD on platforms such as Coinbase and Kraken. The major coin quickly went back up to $4,500. However, that crash that had come out of the blue and made BTC touch the $4,000 level of support was close enough to the loss of 80 percent from its initial historical high at the start of the year.

Hope for the market remains

Over the past nine years, Satoshi Nakamoto’s coin has experienced four major retracements, counting sellers’ domination this year. Back in 2011, 2013, and 2015, BTC saw declines from 82 to 94 percent, dropping around 85.3 on average.

Should BTC even go down to $2,950, that 85 percent would just be another average fall that Bitcoin has already been through four times before.

The results of the previous retracements can be taken as basis to try and figure out the time when the bear market is over. Still, one must not start jumping to conclusions, since all the conditions in the market — including infrastructure, the network, and the level of adoption — differ from the previous years greatly.

Experts believe that the 79-percent drop of BTC from $19,500 was essentially due to insufficient liquidity. A few days ago, on CNBC’s Fast Money, the CEO of the Susquehanna trading behemoth, Bart Smith, pointed out that there are no promising vehicles for investment that an ordinary retail trader could use. He also noted that investing into the crypto market remains difficult if one does not have a concrete know-how.

Back in 2015, big financial institutions or hedge funds did not take part in Bitcoin investing to improve the way this new class of assets can be accessed and used. However, now, one of the largest asset management companies in the world, Fidelity, along with Bakkt, are going to help large financial institutions and venture capitalists as well as retail investors to put their funds in crypto assets, thus providing more liquidity for the market.

The current trends of crypto prices do not take into account almost the whole year of positive changes in the industry. This exactly why top-end investors and financial gurus — like Tim Draper, Mike Novogratz and Tom Lee — are still feeling positive about the long-term future of Bitcoin.

It seems premature to say that BTC has reached the bottom at the $4,000 mark. The way BTC will turn before the end of November can be crucial and potentially, new catalysts like Bakkt and Bitcoin ETFs on which the SEC will make its verdict on in February, can play a positive role for the crypto market in 2019.