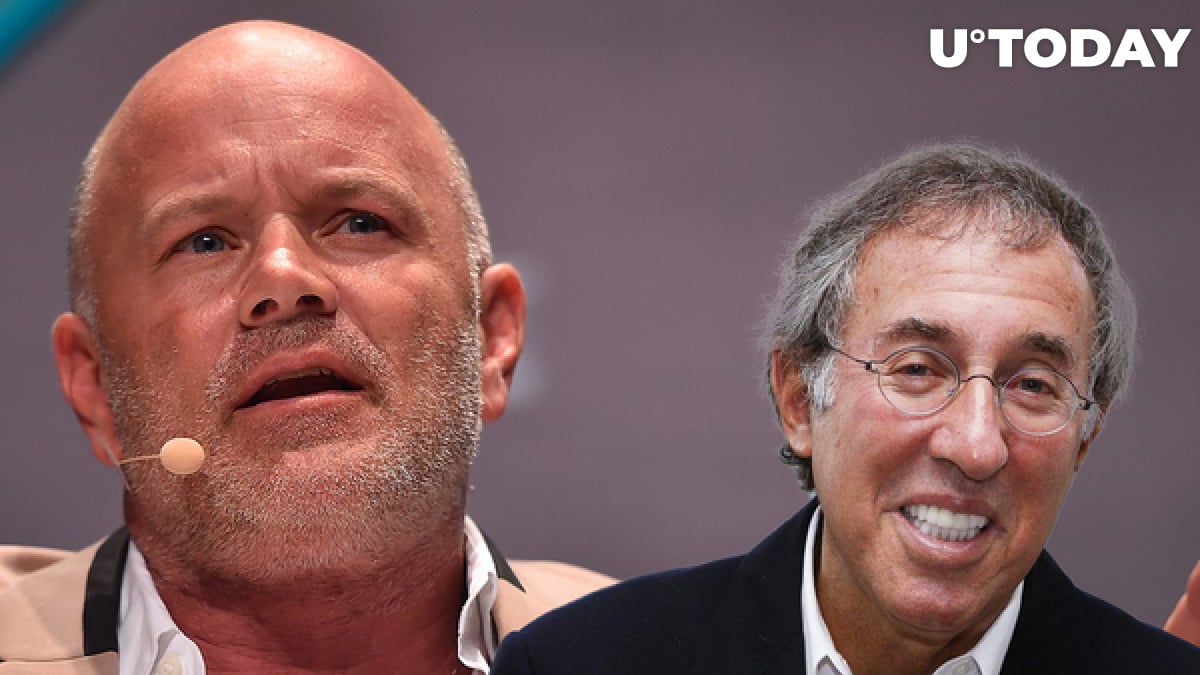 Founder of the Galaxy Digital hedge fund and former Goldman Sachs manager Mike Novogratz believes that the world is now witnessing a giant paradigm shift as banks and big tech companies are jumping on the crypto bandwagon.

In the meantime, billionaire investor Ron Baron's company has sold 1.8 million shares of the car-making giant Tesla over the past six months.

Here's "why gold is headed lower and BTC higher"

About an hour ago, Novogratz tweeted that Tesla was breaking down. Jim Cramer, The Street founder, responded to that by trolling TSLA, writing, "the bell cow takes a break???"

Novogratz responded to that, saying that in the crypto industry, the situation seems to be different from that.

He has opined that at the moment the world is witnessing a paradigm shift as everyone seems to have decided that crypto is an asset class and adoption is accelerating.

Major banks and technology companies are going into Bitcoin, Ethereum and DeFi, he tweeted and that is why, the Galaxy Digital CEO believes, gold will become less popular and decrease, while "BTC is headed higher."

Related
Here’s How Much LTC, BCH and ETC Grayscale Added to Its AUM On March 3

Ron Baron's company has sold part of its Tesla stocks

According to CNBC, over the past half-year, the same-name company of billionaire investor Ron Baron has sold approximately 1.8 million Tesla shares.

He has been a long-term Tesla holder and believes that, in the next 10 years, TSLA is likely to rise to the $2,000 level from the current $648 per share.

Baron explained his decision, saying that Tesla shares "were becoming too large a percentage of some portfolios."