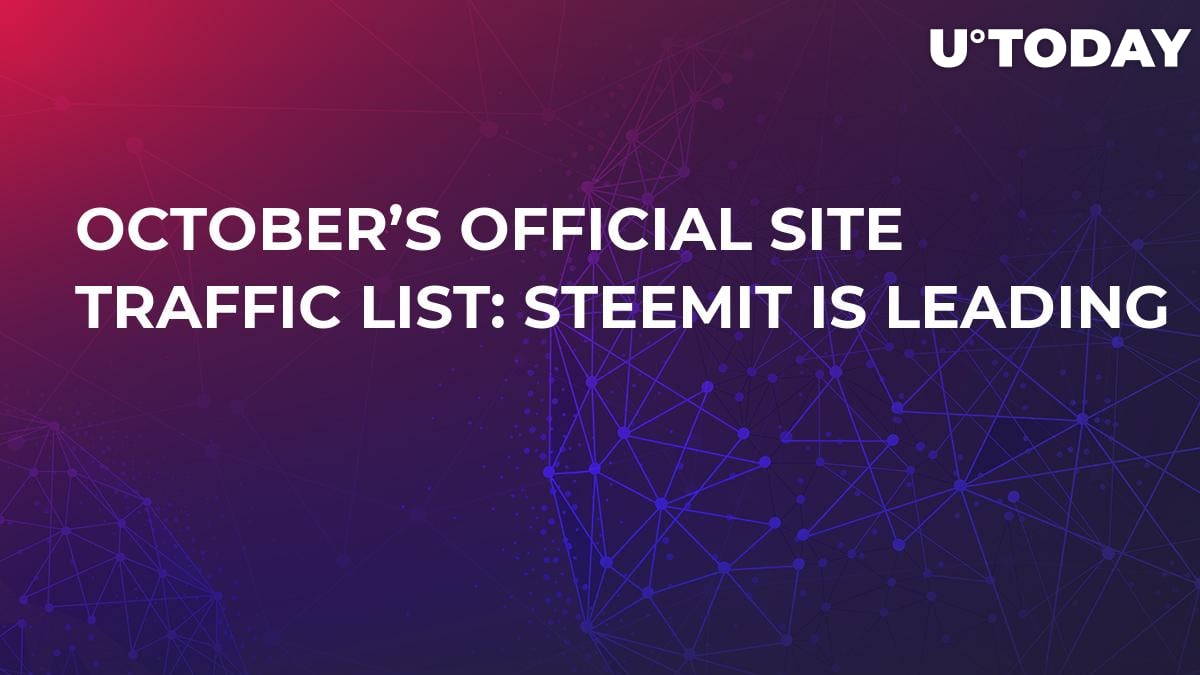 This week, we have already brought you Ripple 2018: Price and Telegram Mentions, The Top Crypto Dozen by Year of Formation, and Dash’s History of Quarterly Prices and Market Cap Values. Now, let’s look at the latest in site traffic: last month’s stats for the most number of visitors to some of the big web names in the Blockchain: 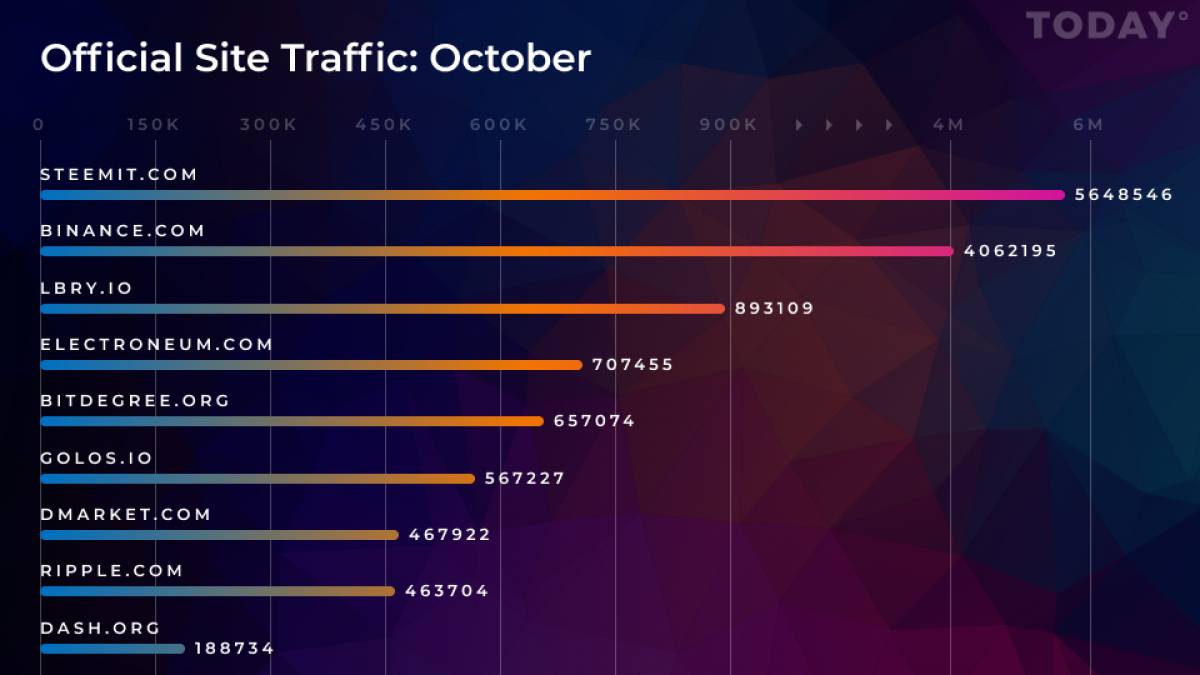 Steemit is last month’s leader with over 5.6 million monthly visitors to the site. The company was founded in March 2016 by the programmer Daniel Larimer, the very same one who together with the investor Brendan Blumer later founded EOS through Block.one. Notably, Steemit is not only a social networking site: it uses its own Blockchain to reward Steemit publishers with Steem tokens (position by market cap: 41).

Behind Steemit is Binance, a cryptocurrency exchange platform, with around 4 million monthly visitors, despite their recent fallout with the New York Attorney General office (during which other platforms were also implicated). Originally founded in China in September of last year, the company swiftly moved to Japan after the Chinese government’s ban on crypto trading.

In third place, with the figure approaching a million monthly visitors, is LBRY, a platform which is rather different from the previous two in that it is a virtual space where artists and authors can publish their work without any involvement from advertisers or intermediaries. In some ways, it is quite similar to Amazon Publishing, but, naturally, unlike Amazon, LBRY makes use of the Blockchain technology.

Other websites follow, among them Ripple, Dash, and Stellar toward the end of our list, all with around 200-400 thousand monthly visits. Bear in mind though that many who trade these altcoins often forego their homesites and do business elsewhere, e.g. on Binance (hence its high figure) or via DApps, so these low stats are not always indicative of the correspondingly low popularity.

We hope you enjoyed our list. Stay tuned for more material to come.