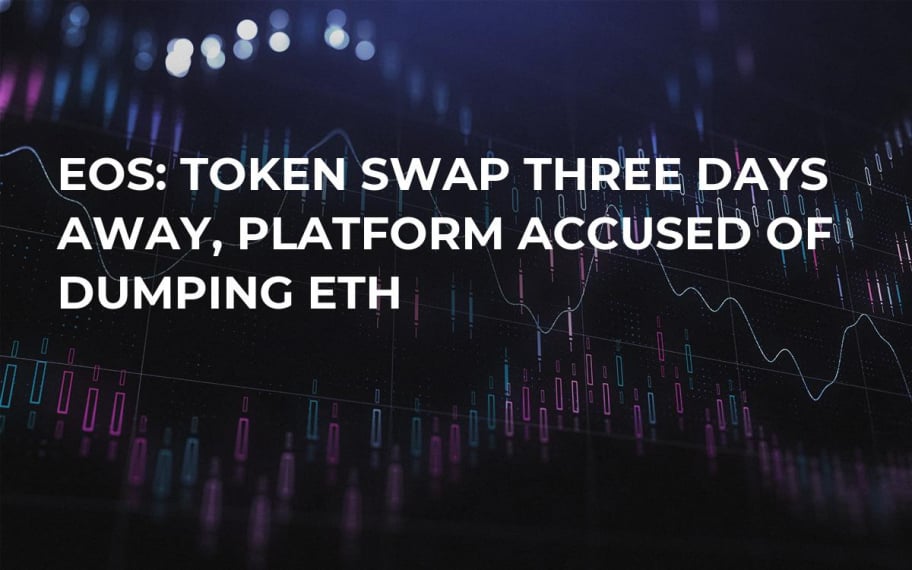 As everyone knows, EOS is dropping off the Ethereum platform to operate on its own Blockchain.

EOS launches its mainnet in a just couple of days and its users must register their wallets with token balances in order to get the same amount of new EOS coins. All unregistered tokens will be frozen.

Currently, EOS coins are stored on over 370,000 e-wallets. At the moment large amounts of EOS tokens are moving to crypto exchanges- that’s one of the ways avoid the “freeze” and receive new virtual assets.

The EOS and ETH situation

At the moment EOS is dropping along with other coins in the market. Overnight it went down more than eight percent, however, trading remains quite active. Binance has added trading EOS against Tether (USDT) and Binance Coin, which provides EOS with more liquidity.

At the same time, a lot of ETH has also been moving to trading crypto platforms. Some members of the community believe that the EOS team is trying to support its coin by simply dumping ETH to the trading space.

Since funds for the EOS ICO were raised in ETH and the numerous ICOs on the platform accept only Ethereum coins, the EOS team is now in possession of about 400,000 ETH.

Since a big flow of Ethereum tokens to exchanges can be observed at the moment, some believe that this is the way EOS is trying to correct its current rate and get ETH to drop.

Houston, EOS’s got a problem

Even though EOS mainnet launch is about to take off, it is not all that easy-peasy here.

As we wrote this morning, the Chinese Internet security giant 360 has spotted some critical vulnerabilities in the EOS code. Through them, any hacker could gain control of the whole network by just taking over one node.

The risks are too high, so the EOS team has got down to work on debugging the Blockchain. Until it is done, the EOS mainnet will not launch, the company’s officials say.