EOS Bounces Back Despite John Oliver Slam, Up 35 Percent This Week

Darryn Pollock
Despite being criticised by talk show host John Oliver, EOS is the big climber in the altcoin market 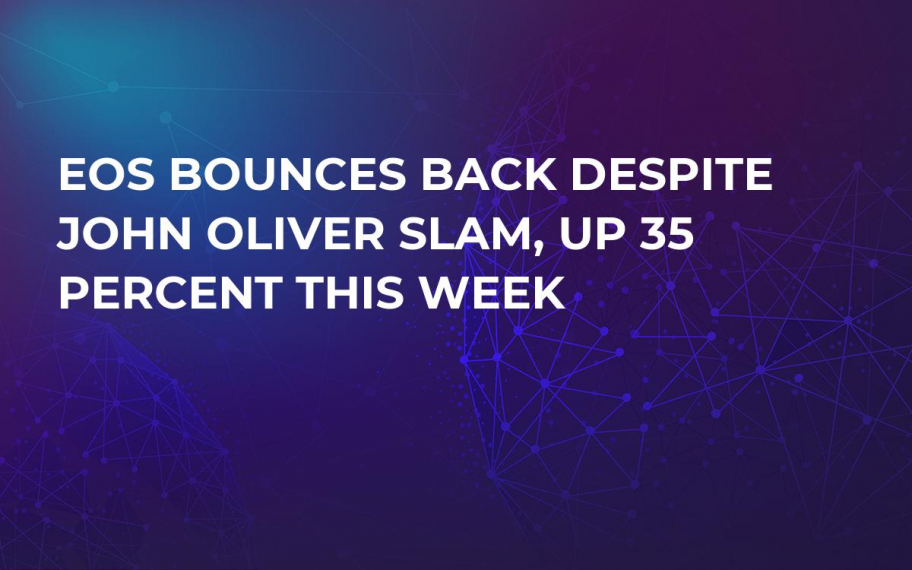 EOS was singled out in a John Oliver Segment on his popular talk show ‘Last Week Tonight’ as part of the speculative mania that is sweeping the globe in the guise of cryptocurrencies. Despite this, the sixth biggest coin by market cap is up a massive 35 percent in a week of ups and down for the cryptocurrency market.

EOS has gone against the grain and responded well to mainstream media criticism. EOS, as well as others like Cardano, are leading the charge of what could be a reversal in the altcoin market as Tom Lee sees Bulls emerging for the altcoins.

Oliver joined other talk show hosts, such as Ellen DeGeneres, who have tackled the question of Cryptocurrencies in recent times. On March 11, he had a whole segment dedicated to it, speaking a lot about Bitcoin, but also singling out a few, such as EOS.

However, after this attack, EOS is one of the leading coins in terms of gains this week. The coin traded near $7.01, up about 37.7 percent since Friday's close. EOS, as well as Cardano and other altcoins, are starting to outshine the bigger coins, like Bitcoin- up four percent, and Ethereum- down about 11 percent,

EOS is a cryptocurrency for a forthcoming platform called EOS.IO. The system intends to support more efficient operations for "decentralized applications" than existing platforms such as Ethereum. If EOS.IO is successful, proponents expect it could bring on much greater adoption of cryptocurrency-related technology.

Block.one, who are behind the EOS.IO responded in a lighthearted and conciliatory tone. They were quick to point out that they enjoyed the segment, and appreciated the mainstream media attention that it afforded.