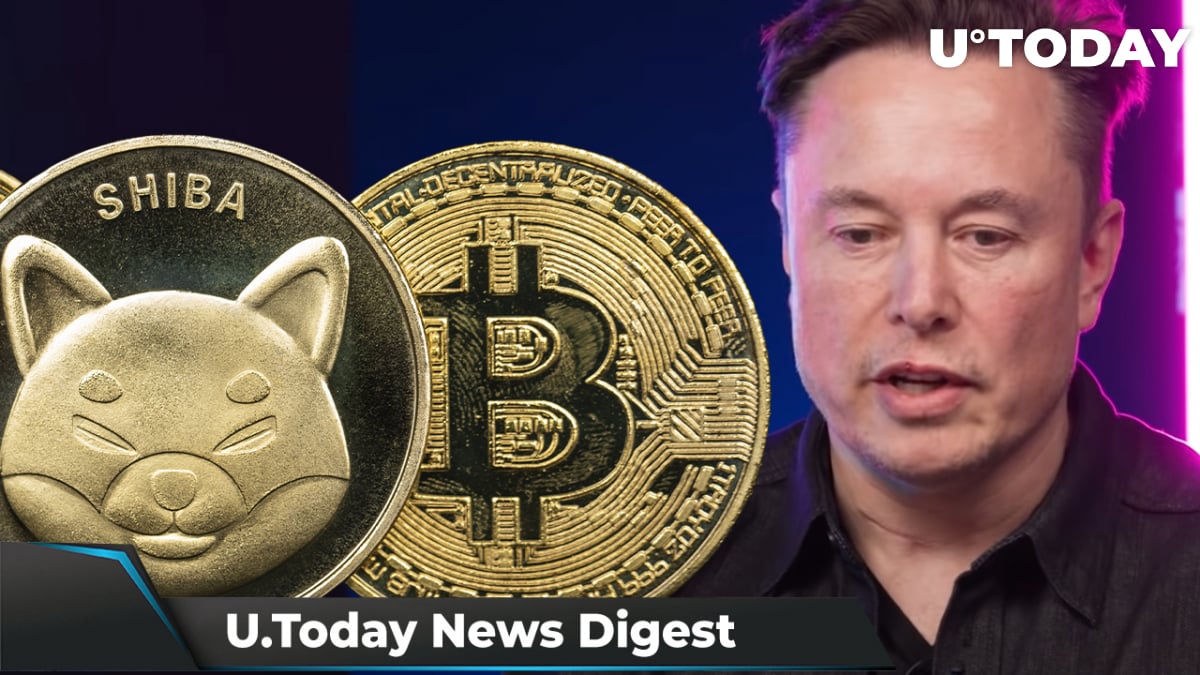 Sometimes it is hard to keep up with the quick tempo of the crypto industry’s development. To keep you informed, U.Today has prepared the top four news stories from the past weekend.

Elon Musk, head of Tesla and well-known Dogecoin supporter, seems to be reconsidering his purchase of Twitter, one of the biggest social media platforms in the world. In his recent statement, Musk said that bots or spammers may account for almost 90% of the platform's daily user base. Such statistics may cause significant reputational damage for Twitter, as well as bring issues with advertisers that use the platform to promote their services. The news made investors rapidly sell their Twitter stock, which caused a massive 10% drop on the market.

Bitcoin’s price movement is sparking discussions all over the crypto industry, with many influencers offering their opinions on whether it will drop lower or surge to the moon. Jack Dorsey, billionaire and prominent Bitcoin evangelist, has also shared his views on the matter while being rebuked by U.S. journalist Tom Philpott for not commenting on “Bitcoin burning.” Dorsey responded that he is not watching the BTC price as he is certain that the largest crypto will rise again in the long term. The reason for his confidence is the growing adoption of BTC as “more people are able to use it.”

At the moment, Bitcoin is trading at $29,548, according to CoinMarketCap.

On Sunday, two Ethereum killers, Cardano and Solana, demonstrated the best performance among the top 10 cryptocurrencies, adding 11% and 14%, respectively. Avalanche, yet another competitor of Ethereum, has also spiked, increasing its value by 15%. However, the token remains down 32.56% due to extreme selling pressure caused by Avalanche’s affiliation with the Terra disaster. At the time of publication, SOL is down 2.67%, changing hands at $52.72, and ADA is up 0.44%, trading at $0.55, CoinMarketCap data shows.

According to data shared by @shibburn, which tracks burn transactions and destroys SHIB itself from time to time, the Shiba community has sent a total of 948.6 million SHIB to dead-end wallets. However, this sum is not as impressive when converted to fiat - only $11,058 at the exchange rate at the time of burning. In the meantime, a large Ethereum investor dubbed "BlueWhale0073" has purchased 110 billion SHIB ($1,408,176 in fiat equivalent). The whale has already sold the majority of SHIB he had bought as the meme token is part of the smallest fraction of his portfolio – 0.42% worth $37,794.