Valeria Blokhina
Stay tuned for the latest events in the industry with U.Today’s crypto news digest! 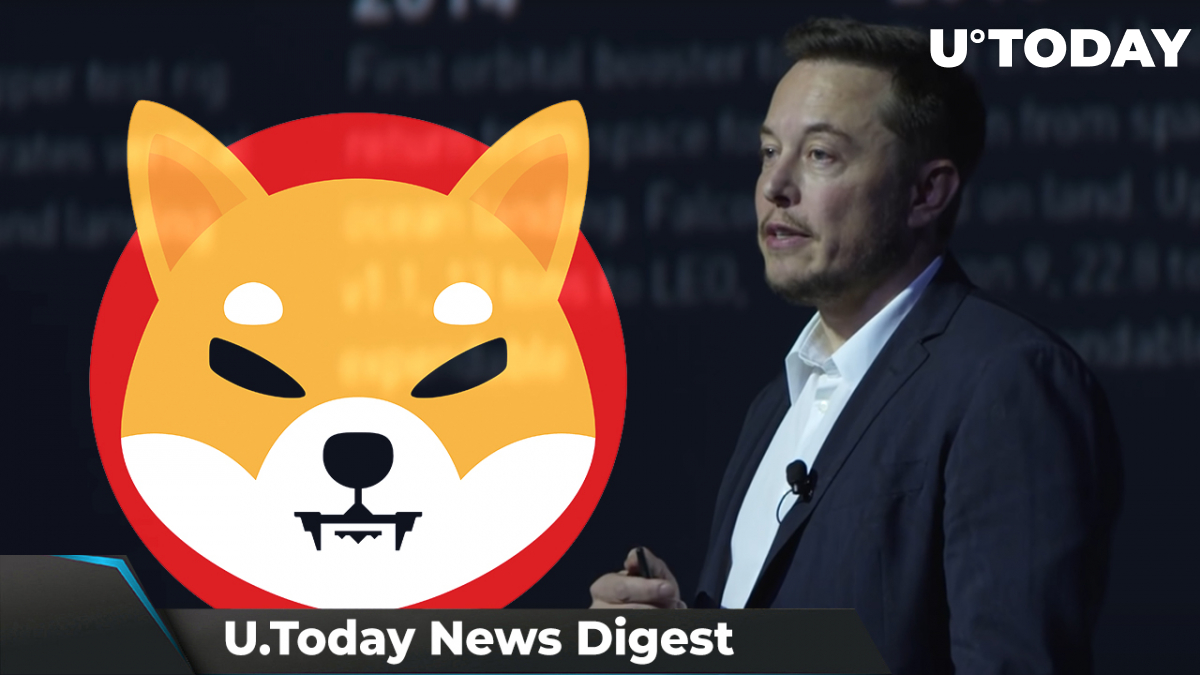 U.Today has prepared the key news stories over the past day. Delve into the world of crypto news!

Eccentric centibillionaire Elon Musk has yet again made the Twitter crypto community wonder what he has on his mind. Yesterday, Musk posted a letter that looks very similar to “h,” but it has a horizontal line in the upper part. Opinions on what this letter could mean differ: @ShibaInuHodler account believes that it stands for “Shib,” while Huobi Global suggested its name as a possible answer. Whatever it was, the Tesla CEO has not supported any of the proposed options, leaving commentators puzzled.

According to the official announcement by ZebPay, an Indian cryptocurrency exchange, its recently launched QuickTrade feature now supports Shiba Inu, allowing for instant buying and selling of the meme cryptocurrency without paying any transaction fees. The feature was initially only available for Bitcoin, Ethereum and Polygon (MATIC). ZebPay has since introduced a slew of new cryptocurrencies, including FTX Token (FTT), the FTX cryptocurrency exchange's native token, and Dogecoin (DOGE).

ZebPay listed Shiba Inu in October 2021, which made the canine coin’s price skyrocket later that month.

After teasing its users with a special announcement that would demonstrate the ''real'' support for Cardano a week ago, Bitrue’s official account tweeted that the big Cardano news is “coming soon,” postponing the update. To cheer its supporters, the top crypto exchange revealed an “extra bonus,” saying that Cardano is yield farming at 25% APY.

Yesterday, Whale Alert transaction tracking bot noticed unusual activity of large XRP wallets. According to tweets, two transactions tied to the Bitstamp exchange moved $30 million worth of XRP in a matter of minutes. The first transaction shifted 20 million XRP, valued at $14.2 million at transaction time. The second one, of approximately the same size, was made from Bitstamp to another anonymous wallet and is either owned by an exchange or a large anonymous whale that actively trades on the Bithumb exchange.