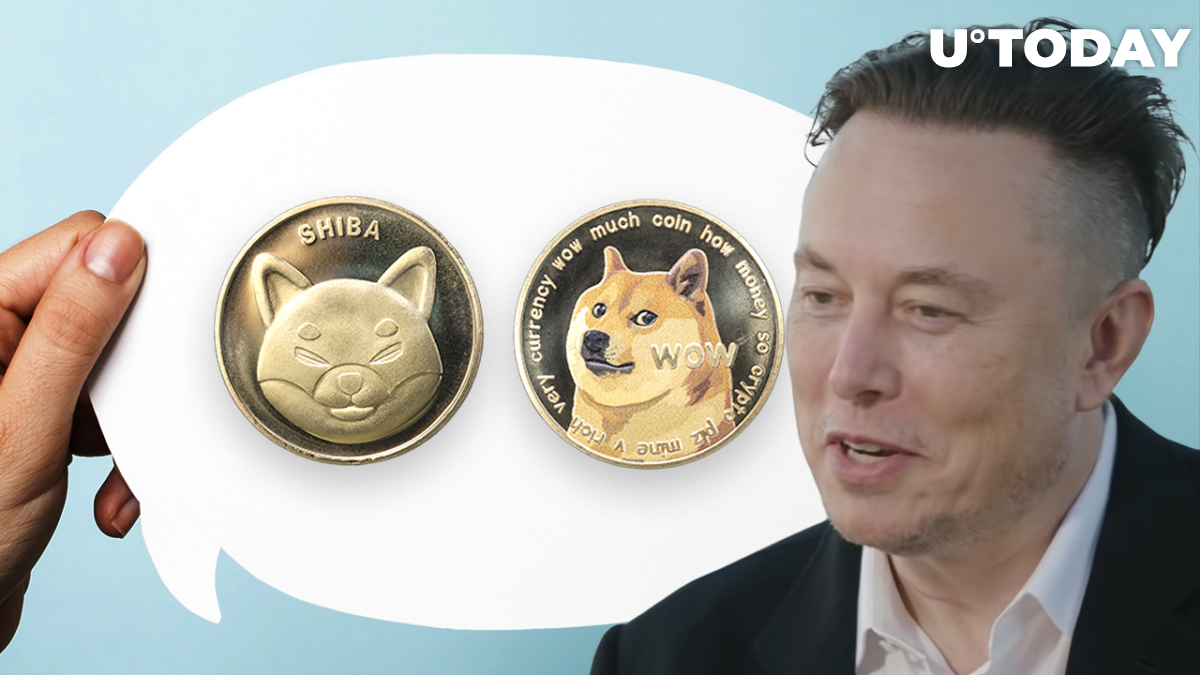 Tesla boss centibillionaire Elon Musk has made the community of the two major meme cryptocurrencies – Doge and Shiba Inu – wondering as to what the eccentric billionaire meant to say.

While often tweeting memes to do with cryptocurrencies (Dogecoin or Bitcoin in particular), this time Musk has tweeted only one word “top” with an upwards arrow emoji.

Crypto community members supporting various currencies immediately began to ask for a clarification. Shib and Dogecoin fans have been most active so far, wondering if Elon meant Doge/SHIB going to the moon.

Earlier this week, Musk announced by his Twitter page that Tesla had finally launched sales of company’s merchandize that can be paid for with Dogecoin only. So far the Tesla merch shop offers four items, including a “cyberwhistle” inspired by the cybertruck and a “cyberquad for kids”. The latter is worth 12,020 DOGE, suggesting that Tesla has basically started selling its e-vehicles for Doge.

Many in the Doge community expect the company to begin selling electric cars for the meme crypto as the next step.

the most awesome part of @tesla accepting #dogecoin is that the items are priced in doge, not USD.

1 DOGE = 1 DOGE stuff right there. one of the largest companies on earth accepting dogecoin directly as a currency for purchase of goods.