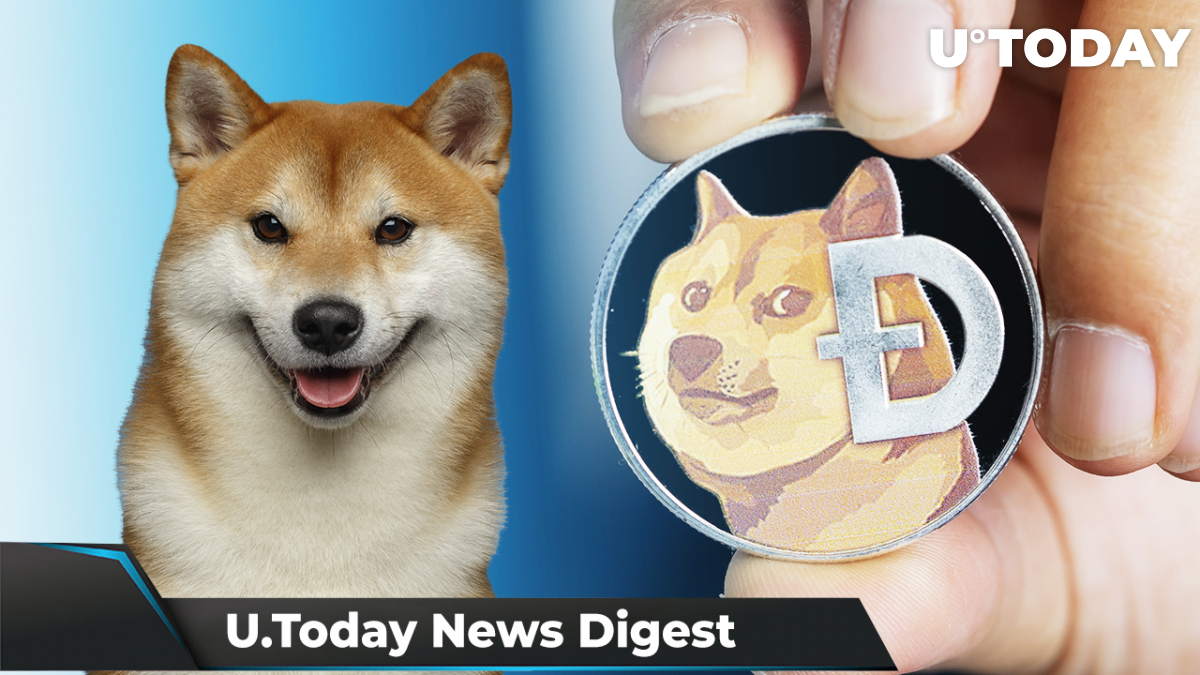 To celebrate the opening of the most recent Gigafactory of Tesla in Texas, Elon Musk organized a little drone show called "Cyber Rodeo" featuring a Shiba Inu mascot. During the event, 15,000 guests saw a symbol of the original meme cryptocurrency, Dogecoin, made up of drones. As the video of Shiba Inu in the dark sky made its way to Twitter, the Dogecoin price surged by over 5%, hitting $0.1527. However, by now, the meme crypto has retraced to the $0.1408 level.

According to shibburn data, on Saturday, a total of 1.3 billion Shiba Inu were removed from circulation. This amount of meme coins constitutes $32,155 in fiat equivalent. Some transactions stand out from the rest due to their size: three transactions burned more than 100 million SHIB, while another three moved between 210 million and 270 million tokens to a dead-end wallet each. However, that does not seem to affect the price of SHIB in any way; according to CoinMarketCap, the coin is trading at $0.00002322, with 11.57% lost in the past week.

In his Saturday thread, defense lawyer James K. Filan shared a possible timeline of events in the Ripple-SEC lawsuit. He wrote that Ripple execs, Brad Garlinghouse and Chris Larsen, have filed their answers to the SEC's first amended complaint and that there are two major dates to look forward to - April 15, when the SEC is supposed to present its position on additional discovery, and April 22, the deadline for the Joint Proposed Scheduling Order.

Charles Hoskinson, founder of Cardano and CEO of IOHK, has recently opined that Bitcoin had not gone too far with its UTXO model due to its limited programmability. "The logical next step," he believes, is the Extended UTXO (EUTXO) accounting model. Hoskinson wrote that in response to a viral thread by Twitter user Sooraj, who claimed that the EUTXO architecture is superior to Ethereum’s account-based model. According to the Cardano founder, the EUTXO model offers a high degree of parallelism and scalability, and this is what Ethereum developers are “fundamentally missing.”