Dr. Doom Roubini Says Bitcoin Should Drop Much Lower, Wonders If Tether Will Push BTC Up As It Was Before

Yuri Molchan
Nouriel Roubini expects Bitcoin to drop much lower but assumes that "Tether pump & dump schemes" may prop it up, while Peter Schiff slams BTC as a threat to real estate 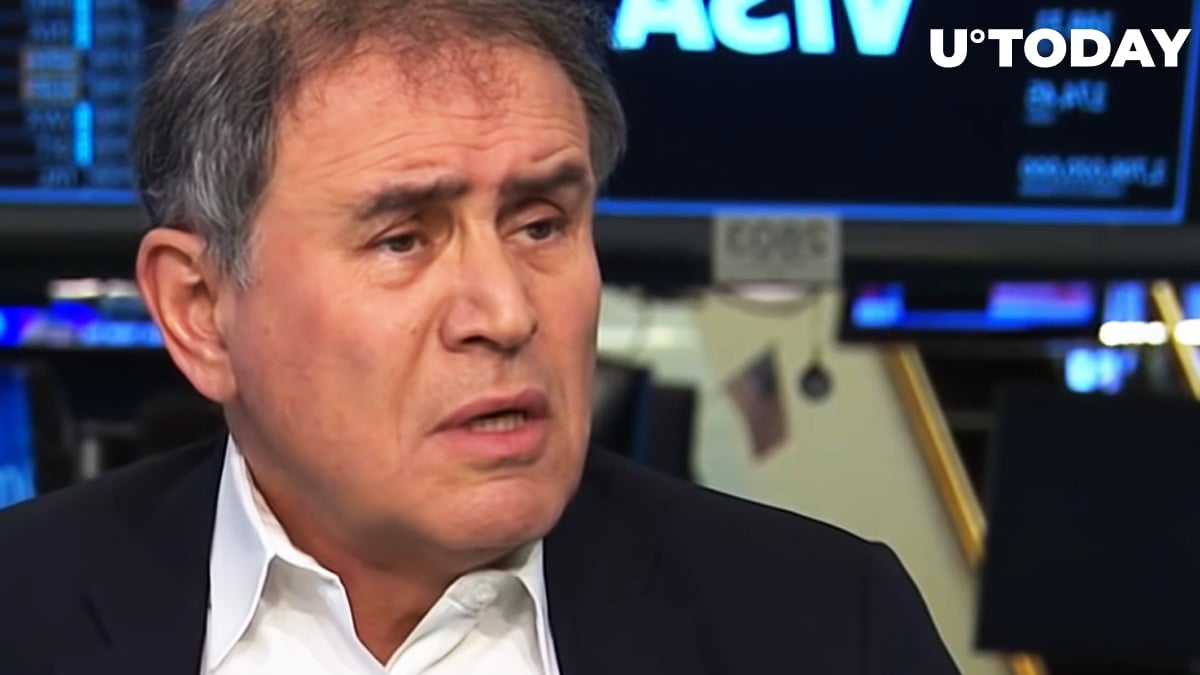 Vocal Bitcoin opponent Nouriel Roubini, also widely known as Dr. Doom as he was able to predict the mortgage securities crisis in 2008-2009, has taken to Twitter to share his take on the current Bitcoin decline below $30,000 and his expectations regarding BTC's further movement.

In the meantime, another prominent hater of Bitcoin, Peter Schiff, poured cold water on arguments about Bitcoin being a threat to real estate as a form of property.

"Fundamentally, Bitcoin should go much lower"

One of the loudest Bitcoin haters, Roubini, has always criticized Bitcoin as it goes up and gloats as it goes down.

Now, he has published a tweet, saying that at the moment, as Bitcoin has plunged below the $30,000 level, all new investors that entered BTC after March this year have suffered losses.

He believes that, with the current fundamentals, the leading cryptocurrency should definitely fall much harder.

However, Dr. Doom wonders if the "Tether pump & dump scheme" will help Bitcoin to recover as, he alleges, has happened in the past.

Bitcoin price is now below 30K. A critical level - meaning the majority of retail suckers, who entered into the market after March 2021, are in the red. Fundamentally it should go much lower. Only issue: will Tether pump and pump & dump schemes now prop it up as in past episodes?

In particular, during the first week of January this year, as Bitcoin dropped below the $29,000 price mark by 15 percent, it then made a quick comeback above the $31,000 level.

Back then, Roubini commented that this recovery was possible thanks to Tether printing resuming to full tilt.

Back then, he also wished that U.S. and global regulators were going to crack down on Bitcoin soon and thus initiate a bloodbath for the flagship cryptocurrency.

Another Bitcoin hater, CEO of Euro Pacific Capital and gold bug Peter Schiff, laughed at Michael Saylor's words about Bitcoin being a threat to property in the U.S.

While talking about it on a recent episode of Coin Stories podcast with Natalie Brunell, Saylor mentioned that Bitcoin will not threaten the U.S. government but, rather, it will be a property—a digital property.

Therefore, the CEO of MicroStrategy stated that BTC is a threat to property—to gold and real estate in particular.

This comparison amused Peter Schiff as he started to say that Bitcoin cannot threaten property because nobody can live in Bitcoin or rent it out. So, the only threat Bitcoin poses is to those who decide to buy it, according to him.

Earlier this week, Bitcoin evangelist Michael Saylor also took part in Scott Melker's podcast, where he opined that Bitcoin will not be a currency in the United States and should not be, Saylor added.

How is #Bitcoin a threat to real estate? Can you live in a Bitcoin? Can you vacation in one? Can you rent it out to someone who needs a place to live, vacation, or run a business? Bitcoin is only a threat to those foolish enough to buy it.

Schiff mentioned the argument that he has used many times before—multiple uses for gold, jewelry and other use cases in various industries. Since there are no uses for Bitcoin, he concluded, BTC is neither a threat to real estate, nor to gold.