Denys Serhiichuk
Can Cardano (ADA) surpass the growth of the other top 10 coins? 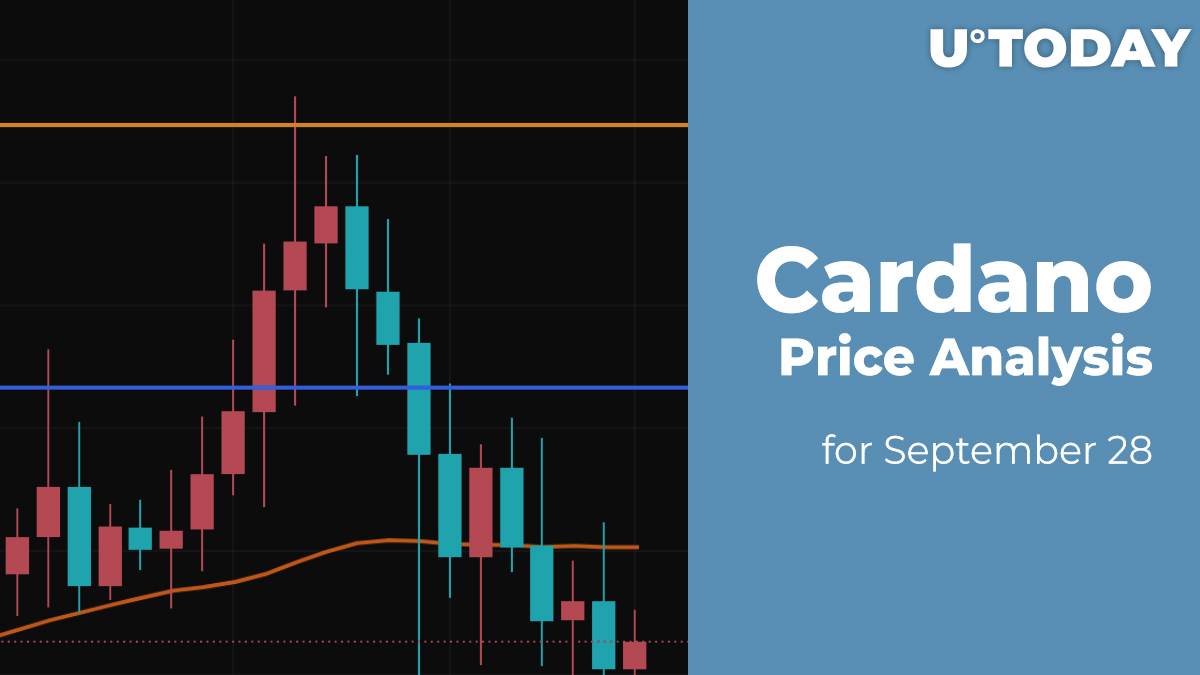 Bears keep pushing the cryptocurrency market to the next supports levels as all of the top 10 coins are in the red zone again.

Cardano (ADA) has followed the price dynamics of Bitcoin (BTC) as the altcoin has fallen 4.35% since yesterday.

On the small time frame, Cardano (ADA) has formed a local support in the $2.10 area.

If buyers hold this level, there is a chance to see a bounceback to the zone of the most liquidity around $2.253. However, it does not mean that the bearish pressure has ended so far.

On the 4H chart, Cardano (ADA) may face one more drop to the nearest support at $2.063 before a rise. This assumption is also confirmed by a low selling trading volume, which means that bears are losing their power. In this case, the more likely price action is the false breakout of the support, followed by growth to $2.25.

In the mid-term point of view, neither bulls nor bears are dominant at the moment, as the price is located in the zone of the most liquidity, where it is accumulating power for a price blast. If sellers manage to break the support at $2.063, one may expect a sharp price drop to $1.90 soon.