Denys Serhiichuk
Have most of the coins accumulated enough efforts for continued growth? 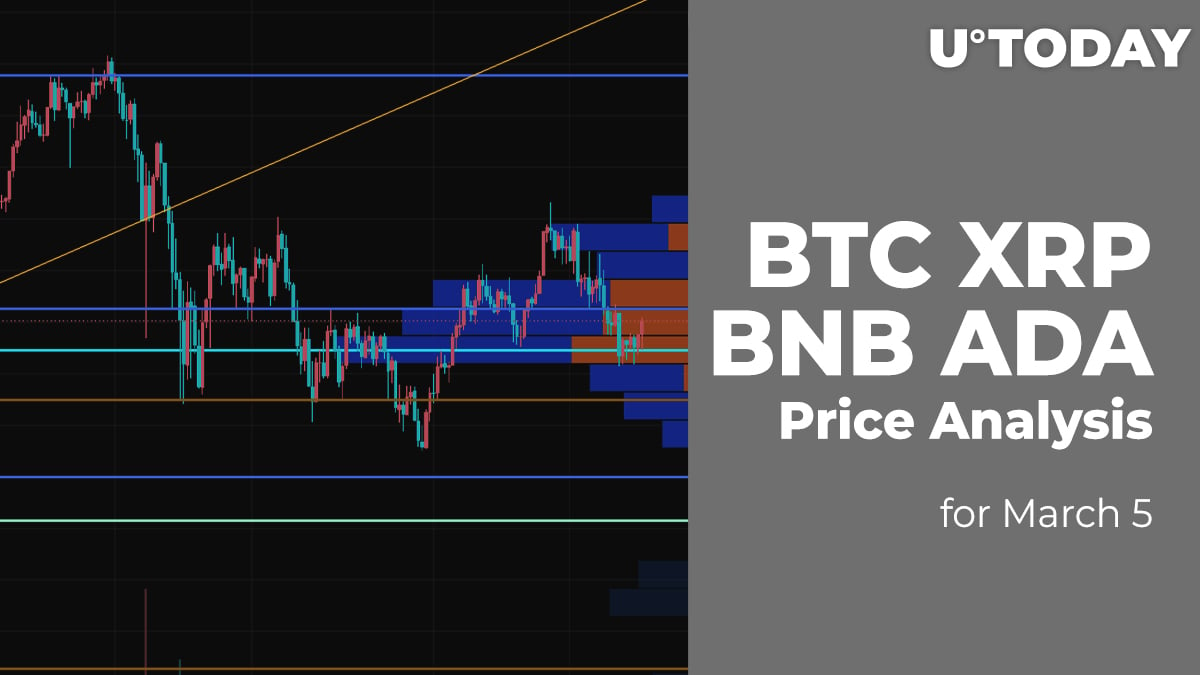 By the end of the week, the market has entered the correction phase as almost all top 10 coins are in the red zone. XRP is the only exception to the rule, rising by 2.39%.

Yesterday morning, the pullback of the Bitcoin (BTC) price did not stop at the psychological level of $50,000 but continued to the area of ​​the two-hour EMA55. The moving average kept the pair from further decline for some time, but in the evening, the bears intensified the onslaught and pushed the level of average prices.

As of this morning, sellers pushed the price close to the support of $46,000. Around $46,300, the decline has slowed down significantly and, today, buyers will try to restore the pair to the area of ​​average prices.

If buying volumes remain at a low level, then bears may push through the fairly strong support of $46,000.

Yesterday, buyers took advantage of the support at $0.450 and tried to test the resistance of $0.50. However, the daily high was only set around the $0.495 mark.

Over the past night, the XRP price returned to the upper border of the sideways range, and today buyers will try again to restore the pair to the psychological level of $0.50.

Binance Coin (BNB) is the main loser today as the rate of the native exchange token has declined by 5.59%.

After a false breakout of the $200 mark, Binance Coin (BNB) has already accumulated enough power for a breakout of the crucial resistance. In this case, if bulls fix above the $240 level, there are chances of seeing a fast rise to $280 within the next week.

Cardano (ADA) also could not break the short-term bearish trend. As a result, the rate of the altcoin has dropped by 3%.

On the daily chart, Cardano (ADA) is trading within the rising channel. The long-term bullish trend might continue as the selling trading volume keeps going down. All in all, there are high chances of seeing ADA at $1.33 shortly.