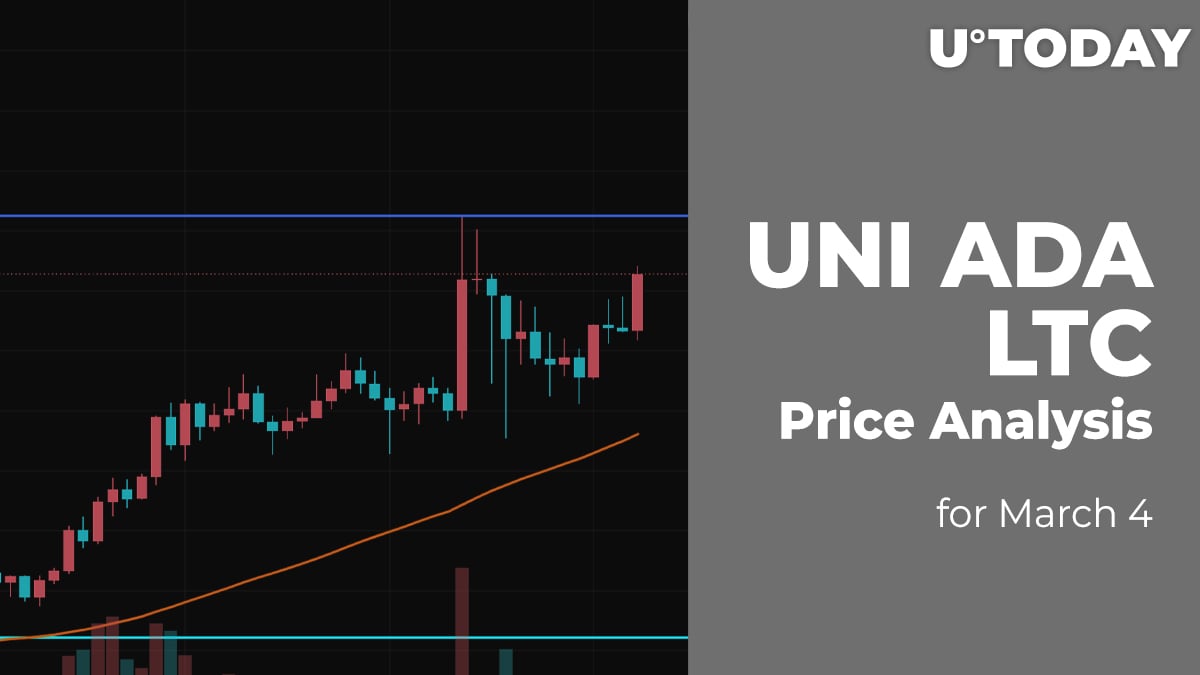 A short-term drop may have begun on the cryptocurrency market as all coins from the top 10 list are in the red zone.

Uniswap (UNI) is the only gainer today as the rate of the altcoin has risen by 7.23% since yesterday.

According to the daily chart, Uniswap (UNI) is about to retest the peak at $33 as bulls have accumulated enough power.

If bears do not keep that level, there are quite high chances to see a breakout, followed by a rise to $35.

Cardano (ADA) is the main loser today as the rate of the third most popular crypto has declined by almost 9%.

Despite the price drop, Cardano (ADA) is rather more bullish than bearish in the short-term case. The coin has made a false breakout at the level of $1.118 having confirmed the weakness of sellers. In this regard, the asset may come back to the resistance at $1.33 within the next few days.

Litecoin (LTC) is the second loser today as the "digital silver" could not come back to the bullish area.

However, bulls' long-term dominance has not been broken yet, which means that buyers still have the strength to make a retest of the closest resistance level at $203.

Litecoin is trading at $185 at press time.