Denys Serhiichuk
Can XRP or Cardano (ADA) keep the rise while Bitcoin (BTC) is trading sideways? 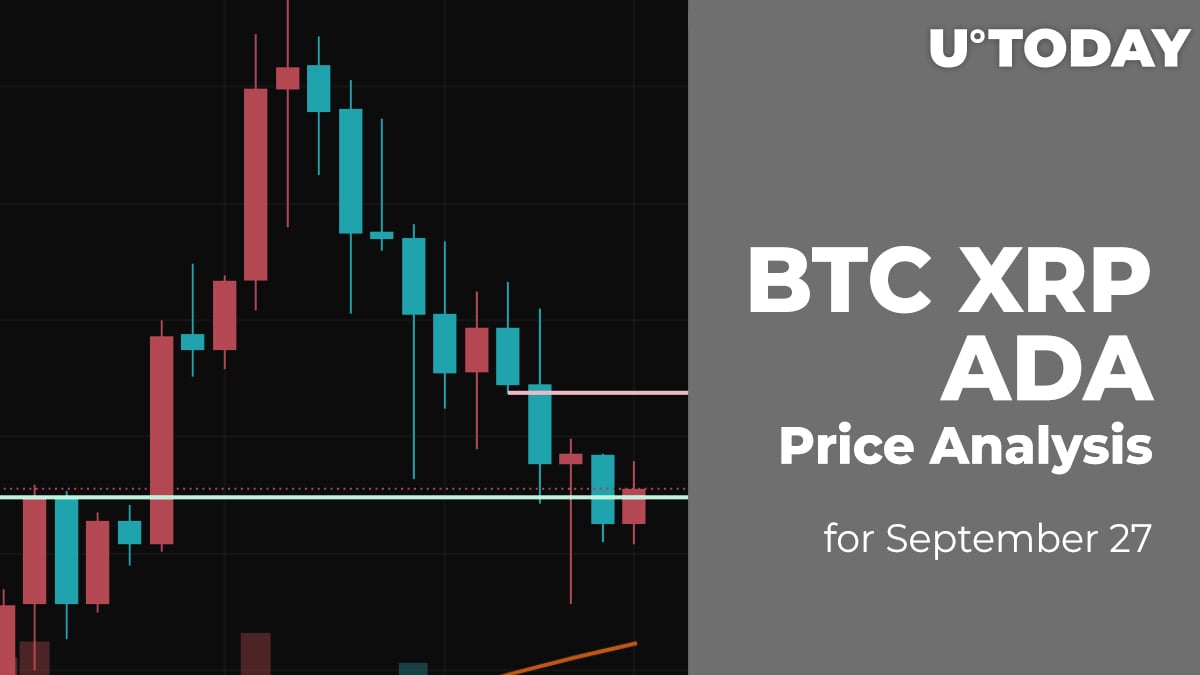 The new week has begun with a neutral mood on the cryptocurrency market as some coins are trading in the green zone, while others are in red.

Last weekend, there was no strong bearish pressure, and the Bitcoin (BTC) price consolidated in a sideways range along the $42,447 level. On Sunday, buyers were able to restore the pair to the average price area and, by the end of the day, they tried to break above the three-hour EMA55.

The pair tested the level of $44,300 tonight, but weak growth has not yet been supported by large volumes. If during the day the volume of purchases increases, then the recovery may continue to the resistance of $46,000.

However, it should be borne in mind that the strengthening of sellers' positions on the way to the level of $45,000 is a signal for a new bearish wave, which this week is capable of pushing the Bitcoin price back to the $38,000 area.

Last Saturday, the XRP price was in a sideways channel, the upper border of which was the resistance of $0.95. On Sunday, after a pullback to the support of $0.90, the pair managed to break through the upper border of the sideways range and recovered above the three-hour moving average EMA55.

Average buying volumes did not allow the price to recover so quickly to the psychological level of $1. As of this morning, trading volumes are declining and the price has slowed its growth rate. If bulls are unable to overcome the psychological resistance, then this week the decline may continue to the support of $0.80.

Cardano (ADA) is the only loser from the list, as the rate of the altcoin has declined by 2.76% since yesterday.

Cardano (ADA) is trading closer to the support at $1.90; however, sellers have not seized the initiative so far. The trading volume has decreased, which means that sideways trading is the most likely scenario for the upcoming days.

But if bears break the support and fix below it, one may expect a sharp price drop to the area of the most liquidity around $1.30.