Dmitry Cake
Market shows no sign of reversal, although some altcoins are fighting the trend. How far down to the bottom? 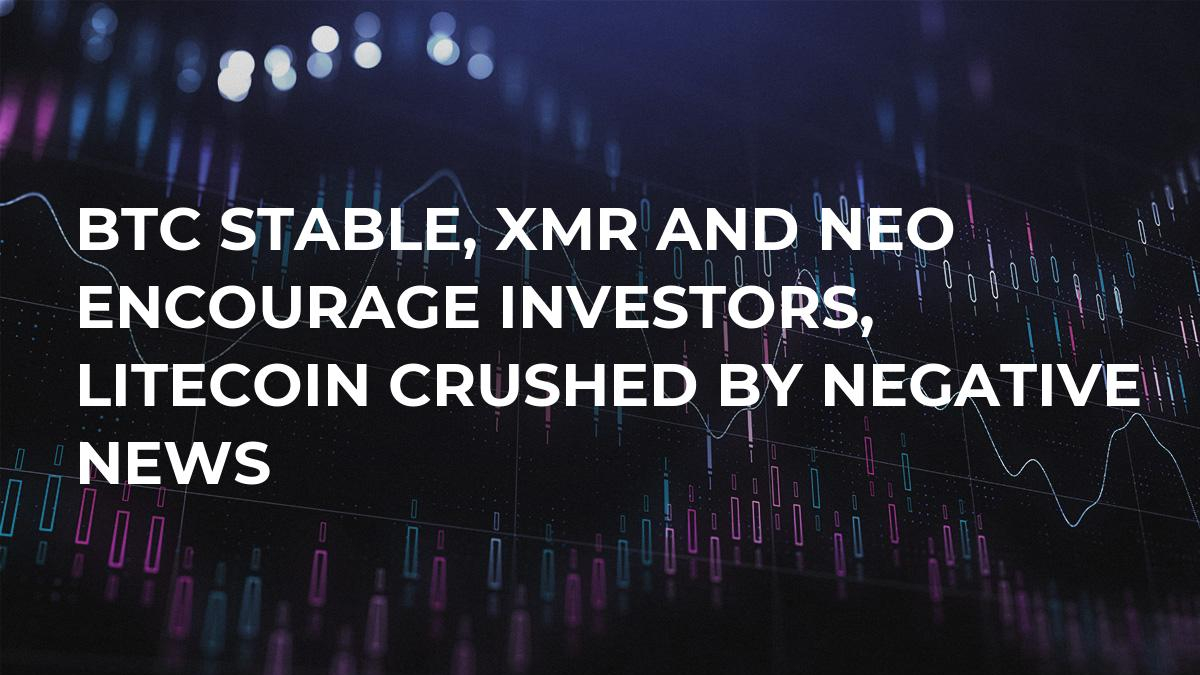 Tuesday, March 27, will not be remembered by investors and will not go down in history as a day when fateful events took place in the market. Although the rate of decline has slowed down, there are no new trends to speak of.

There are few buyers for Bitcoin at the current price, and sellers are in no hurry to leave the game. It seems that the market participants have imagined some attractive price in their heads, and refuse to purchase assets above that number. Let’s try to figure out what this price could be!

But first, let’s glance at the overall picture. Market capitalization is $295 bln, which is a nominal $5 bln less than yesterday. The situation is practically unchanged but serves as a reminder that we are still in decline.

Among the top 10 assets, the only green coin is EOS, which grew by a whole 7.5 percent in 24 hours. The worst off are Litecoin (there is a reason for this) and Ethereum (we did mention previously that the investment potential of the asset is decreasing). Both coins fell by about 6 percent. The rest are barely keeping afloat, losing from one to three percent.

At the time of writing, Bitcoin price is $7,850, which is close to equilibrium over two days. On Tuesday, buyers did not want to take the initiative and uncertain growth without volumes was quickly interrupted by the bears, who didn’t even have to sell BTC in large quantities- all they needed to do was establish their presence.

The lower boundary of the descending channel, though “damaged,” is still acting as a support for buyers, but considering the large number of breaks, we can no longer rely on it.

The key support of the day is at the level of $7,660 and coincides with the 0.786 Fibonacci retracement - the last constructible value based on the current market situation. If this support does not hold, the bears will be tempted to test the lower boundary of the ascending channel in the range of $7,550-$7,580. A reversal from these values is possible, and we can even recommend cautious purchases to our readers, but with a mandatory short stop loss.

Over the past day, Litecoin did not remedy its status as an outsider, on the contrary, it became even more entrenched in it. Aside from the general negative mood, the cause of the coin’s troubles is the news about the shutdown of the LitePay program which caused so much excitement a few months ago.

Litecoin founder Charlie Lee has already issued an official apology on Twitter to all members of the community and to investors, but who will give them their money back? The question is, of course, rhetorical.

From the point of view of technical analysis, the situation does not look promising. LTC price not only broke the parallel downward channel but managed to update the March minimum and is now at $133.

Under the circumstance, nothing can support the asset price except a global market reversal. Further decline would not surprise us. Bears can set their sights on $125 (mirror level) and then $115 (the 1.618 Fibonacci retracement).

We still recommend that readers refrain from purchases. Even if the global downtrend is broken, the market offers a large variety of significantly more attractive investment opportunities. I'm sorry, Charlie.

Yesterday, Monero price remained quite stable, and over the past day, the situation has not worsened - which is already not bad. The asset is traded at $190, near the 0.786 Fibonacci retracement.

More good news- XMR is holding above the boundary of the descending channel and has not broken through it. In order to make that happen, the bears would need to abruptly drive the price below $170. This is not likely to happen too soon.

On the chart, we see an interesting “price rounding” formation. This figure is not featured in the classical list of technical analysis, but if the price continues moving along the marked parabolic trajectory, it’s quite possible to see the formation of a bullish “head and shoulders.”

Leaving the confines of the figure but keeping within the bounds of $183 would be a less fortunate scenario. And breaking down through this level will open the path to the previous March minimum of $175.

NEO’s chart is somewhat similar to Monero’s, so the same general conclusions can apply. The asset looks slightly better than the market, trading above the boundary of the descending channel. It should be noted that unlike XMR, this boundary has been tested unsuccessfully a few times already.

However, hope is kept alive by the huge initiative volume which helped the bulls raise the price by a whole $5, an outstanding result under falling market conditions. Investors clearly indicated their interest in the asset - now all that remains is to wait for the global reversal. For now, the key support for NEO is the mirror level of $54. We can’t rule out a falling of the price slightly below this level, but given the support shown by buyers, we prefer not to be needlessly pessimistic.