Denys Serhiichuk
Which cryptocurrency is likely to recover faster after yesterday's correction? 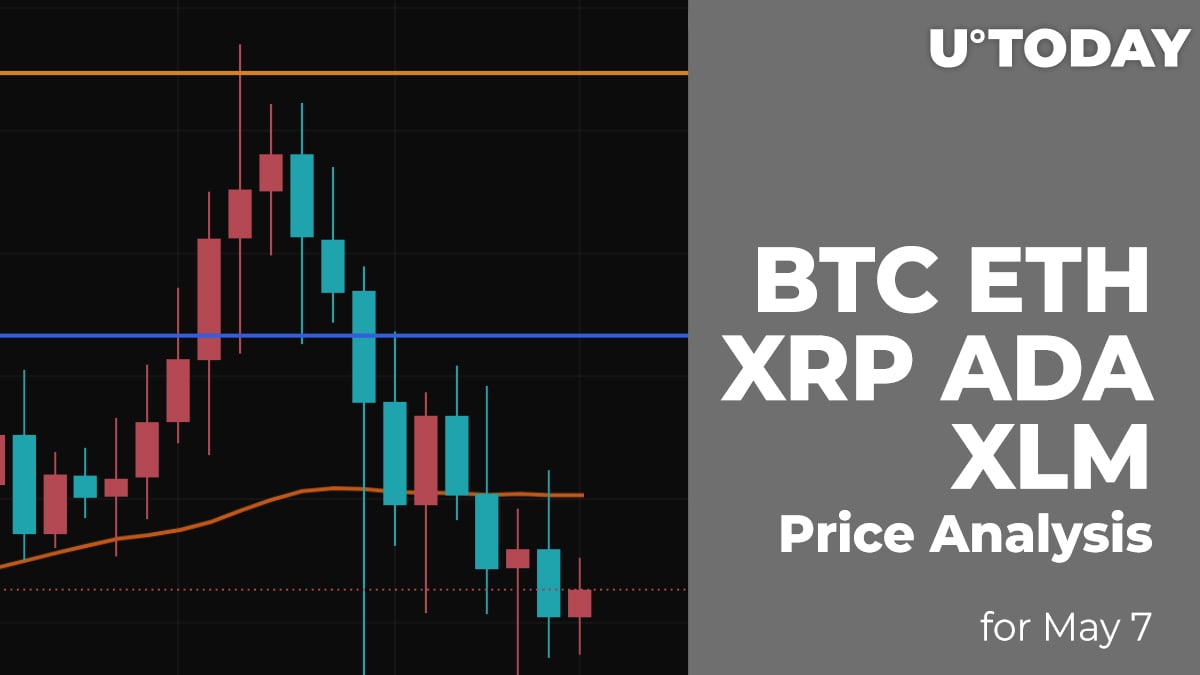 The market remains slight bearish as not all coins have recovered after the recent correction.

Despite the sharp decline yesterday, by the end of the day, bulls have managed to restore their positions.

On the daily chart, Bitcoin (BTC) is looking bullish as it has firmly fixed above the $57,000 mark. At the moment, most of the liquidity is focused, which means that buyers are likely to accumulate power before the upcoming growth.

Related
BTC, ETH, BNB and 1inch Price Analysis for May 6

In this case, one may expect a retest of the crucial resistance at $60,000 soon.

Ethereum (ETH) is even more bearish than Bitcoin (BTC), as the rate of the leading altcoin has gone down by 1% since yesterday.

Even though Ethereum (ETH) is trading around its peaks, it remains bullish as there are no fixations so far. This is confirmed by low trading volumes. All in all, the rise might continue until ETH reaches another level at $3,800.

XRP has been influenced more by the last dump as its price has declined by 4% over the last 24 hours.

Despite the deep correction, XRP remains trading above the vital level of $1.60, which means that bulls continue controlling the situation. At the moment, the coin is located in the sideways trend, accumulating power for a possible restest of the area around $1.80.

Cardano (ADA) is an exception to the rule as its rate has increased by 5% since yesterday.

Cardano (ADA) is trading similarly to Ethereum (ETH), as it keeps rising at the peak. The buying trading volume keeps rising, which means that bulls have accumulated enough power to continue the growth. That is why there are big chances of seeing ADA at $1.80 shortly.

Stellar (XLM) is neither bearish nor bullish in the mid-term scenario. The coin is trading above the level of $0.60; however, it has not gathered enough power for a continued rise. In this case, the range of $0.65-$0.70 is the more likely price action.