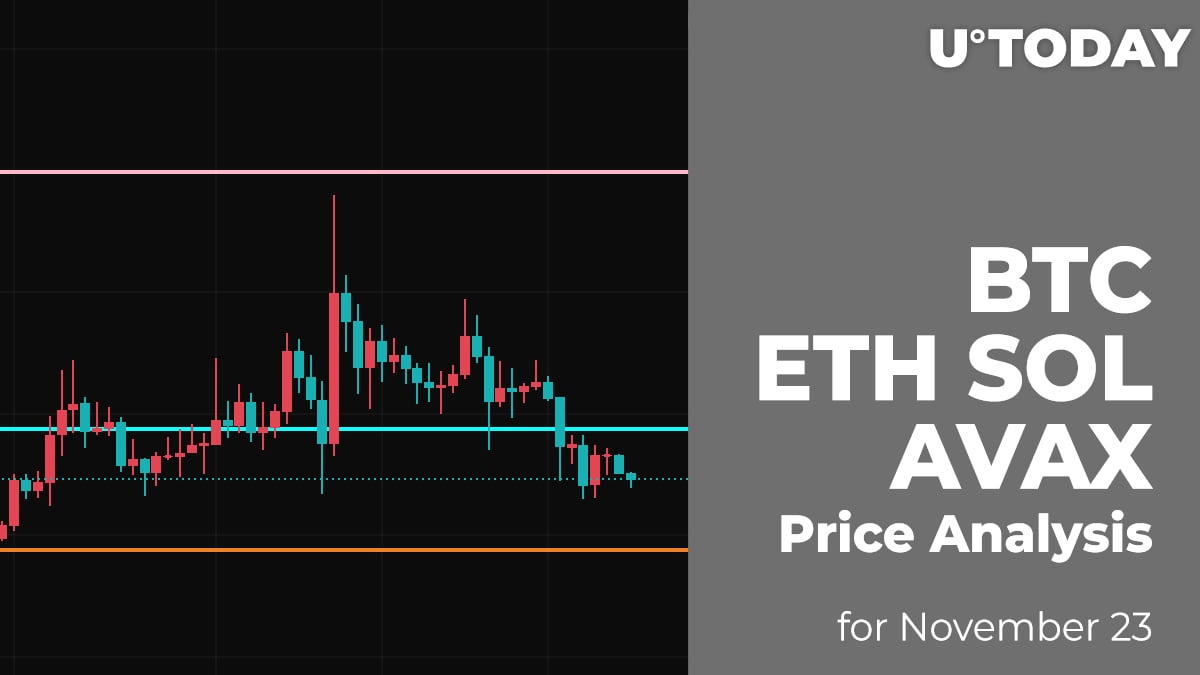 The market has started the new week with a neutral mood as some coins keep rising while others have already faced a correction.

Yesterday morning, buyers tried to restore the price of Bitcoin, but again they could not overcome the resistance of the two-hour EMA55. For two weeks, the pair has not been able to break above this moving average EMA55.

By the end of the day, the price retraced to the $55,287 level and renewed the monthly minimum around the $55,628 mark. A weak recovery of the pair to the area of ​​$57,000 was observed tonight (the volume of purchases was less than the average level).

During the day, one should expect a continuation of the decline below the support of 78.6% fibonacci. Bears can seek to retest the level of $53,400.

Over the past night, with decreasing volumes, the pair recovered to the area of $4,100. Today the bearish pressure may intensify and the price might break through the psychological level of $4,000.

In the near future, one can expect an update of the monthly minimum in the support area of $3,800.

Solana (SOL) is trying to consolidate around the area of $220. The trading volume is low, which means that sideways trading remains the more likely scenario for the upcoming days. In this case, the altcoin may keep trading around $200.

Avalanche (AVAX) is even more of a loser with a decline of almost 4%.

Despite the fall, Avalanche (AVAX) remains trading above the vital support line at $129.94, which means that the fall might be just a correction so bulls can gain more power for continued growth. If such a scenario comes true, there are high chances of seeing the test of the $140 zone soon.