Denys Serhiichuk
The situation has almost ⚠ ✔️not changed since yesterday. What scenario is more ?likely: a correction or further ?growth? 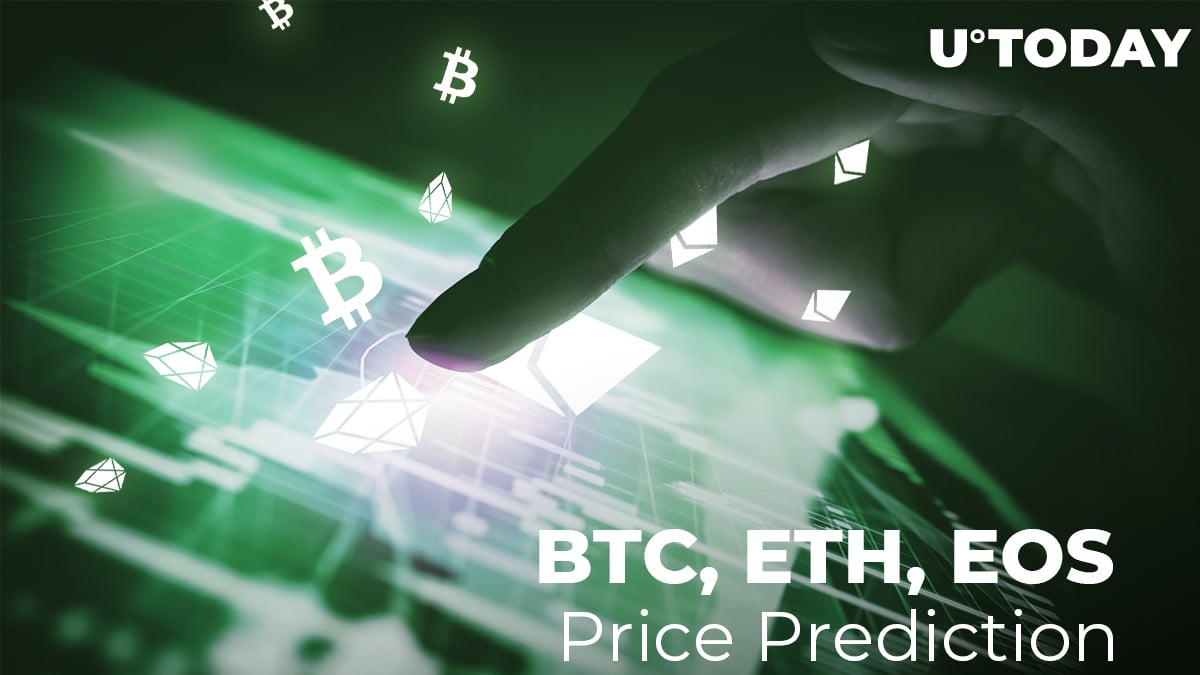 After the cryptocurrency market bull run over the weekend, the expected correction has not occurred. If yesterday Bitcoin was growing faster than altcoins, today, the rates of top cryptocurrencies have increased in correlation to BTC. All major assets are in the green zone, except Binance Coin, whose rate has reduced by 1%, while the biggest gainer is EOS, the price of which has skyrocketed by more than 10% overnight.

Against all this, the market is approaching the $100 bln trading volume mark; currently, it constitutes $93 bln. As altcoins have started to grow faster than the leading crypto, the BTC domination index has slightly reduced and is now 56.8%.

Now, let’s switch to the technical forecast of the top coins to understand their movements and predict the possible future rate.

It seems that Bitcoin is not going to follow yesterday’s scenario as the expected rollback has not happened.

On the weekly chart, one can notice that an increase in CMF values has accompanied the continuous highs for four weeks in a row.

MA at intervals of 5 and 10 are also directed upwards, and a significant distance between the lines indicates a vital movement force. The RSI indicator is in the overbought zone, located above the 70 mark.

On the hourly chart, the ETH short-term scenario does not look promising, even though the coin is in the green zone now. In terms of the technical indicators, RSI is located in its neutral zone, moving closer to the oversold area, while MACD shows a bearish wave, suggesting the further price decline.

All this is backed up by the decreasing trading volume, and traders should expect ETH to be in the yellow corridor shortly as it is outlined on the chart.

The price of ETH is trading at $267 at the time of writing.

After a continuous battle against Litecoin, EOS was finally able to enter the top 5 coins in the cryptocurrency ranking. Today, holders of the coin can be happy as the price has soared by 11% at the time of writing.

Concerning the technical analysis, the current price is not the peak, and EOS has the strength to grow further. However, after today’s bull run, the quotes are likely to be adjusted to the previous support level at $7.50. Such a scenario is expected to happen due to the MACD indicator, which is about to change the trend for a while. There is no need to panic as in the long-term forecast, EOS is supposed to surpass $8.

The price of EOS is trading at $7.86 at the time of writing.