Alex Dovbnya
The early Bitcoin proponent doubles down on his bullish prediction as Bitcoin is eyeing $10,000 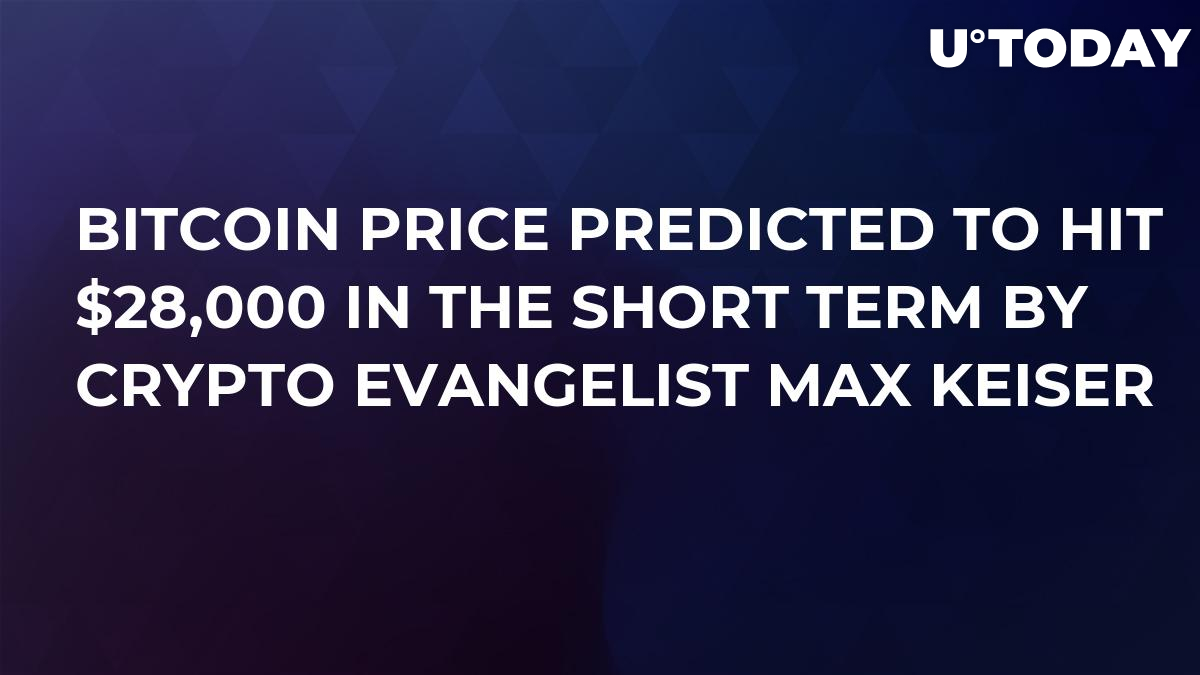 As reported by U.Today, Bitcoin reached another yearly high of $8,900 on May 26, thus breaking above several important resistance levels. Max Keiser, a well-known TV personality and Wall Street vet, predicts that the BTC price could soon retest its ATH of $20,000 that was set in stone back in December 2017.

You won’t spot the crash on the charts

In his recent tweet, Keiser explains that there is little supply between Bitcoin’s current standing and a brand-new ATH. Hence, he assumes that $28,000 is still a possibility, without specifying when exactly BTC is going to hit that target.

Earlier, Keiser reaffirmed his $100,000 prediction for 2019. He suggested that FOMO was going to jump to the institutional level with Fidelity and other giants getting onboard. Keiser claims that Bitcoin’s massive crash from its ATH to $3,300 in December “will be hardly visible on the charts.”

The pullback from $20k to $3.3k will hardly be visible on the charts in a few years. Basically, a non-event.  #Bitcoin

Bitcoin took its biggest hit in recent months due to the Tether-Bitfinex controversy, but it managed to recover relatively quickly. Despite the Tether woes, the O.G. coin kept surging. As Tether and Bitfinex bag small legal victories against the NYSAG, it will likely inject more confidence into the market, thus positively affecting the BTC price.

Notably, Keiser himself downplayed the significance of Tether’s lack of fiat, claiming that the US Federal Reserve is only one percent backed.