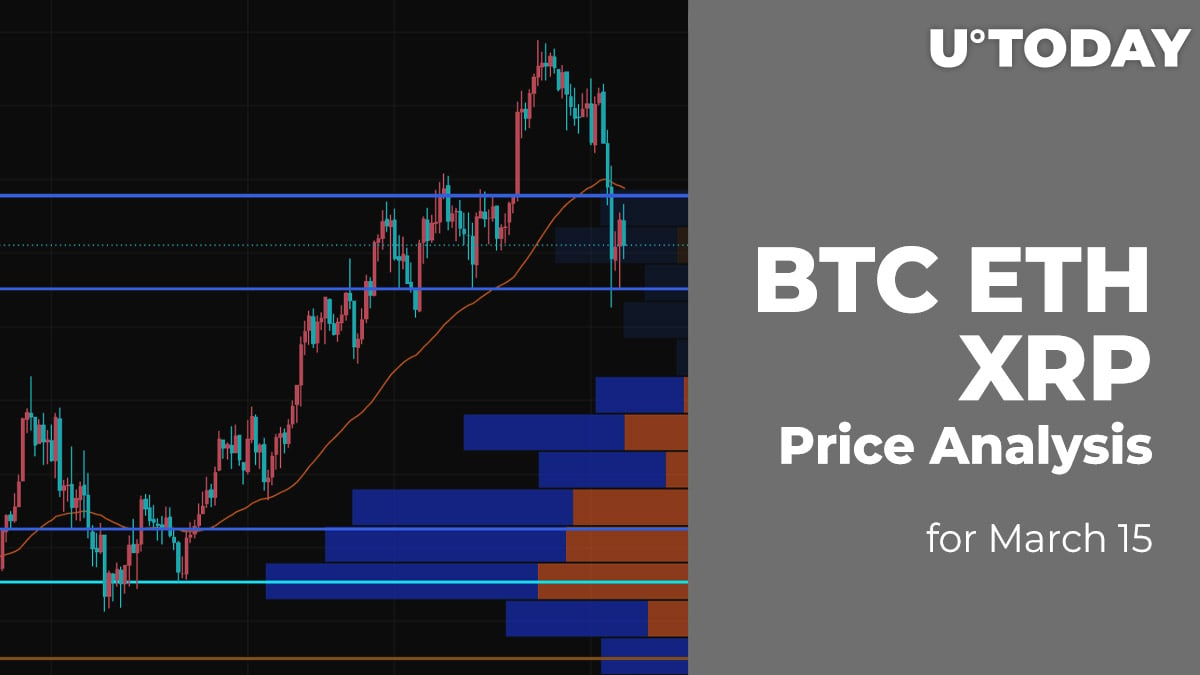 The new week has begun with the correction on the cryptocurrency market as all of the top 10 coins are in the red zone.

The vital data for Bitcoin (BTC), Ethereum (ETH) and XRP:

Last Saturday, buyers managed to form a powerful bullish momentum that broke through the resistance of $58,000, and the price of Bitcoin (BTC) tested the psychological level of $60,000. By the end of the day, the bull run continued and the absolute maximum was set around the $61,780 mark. On the Binance exchange, the BTC price exceeded $61,800.

At night, the volume of purchases decreased, and the pair began to roll back to the level of $60,000. On Sunday, the price balanced at this psychological level for a long time, but sales exceeded average volumes and were able to push the price back to the area of ​​$59,000. If the growth is supported by volume, then the absolute maximum can be expected in the area of ​​$63,000.

The absence of a rush demand will return the pair to the area of ​​average prices. In this case, the leading crypto is about to bounce off the support at $55,000.

On Saturday, the Ethereum (ETH) price recovered to the POC line and buyers tried to break through to the resistance of $1,900. This time the attempt was crowned with a monthly high around the $1,943 mark.

However, trading activity decreased overnight and the pair rolled back below the resistance of $1,900. Sunday trading volumes did not exceed the average level, and the price consolidated in the area of ​​$1,850.

XRP has lost the least today as the rate of the altcoin has gone down by only 2.29%.

Last weekend, the XRP price was mainly in a sideways range. On Saturday, under the influence of the optimistic mood of the crypto market, the pair managed to briefly leave the corridor. But on Sunday, the price returned to the sideways range. One believes that at the beginning of this week such price dynamics will continue.