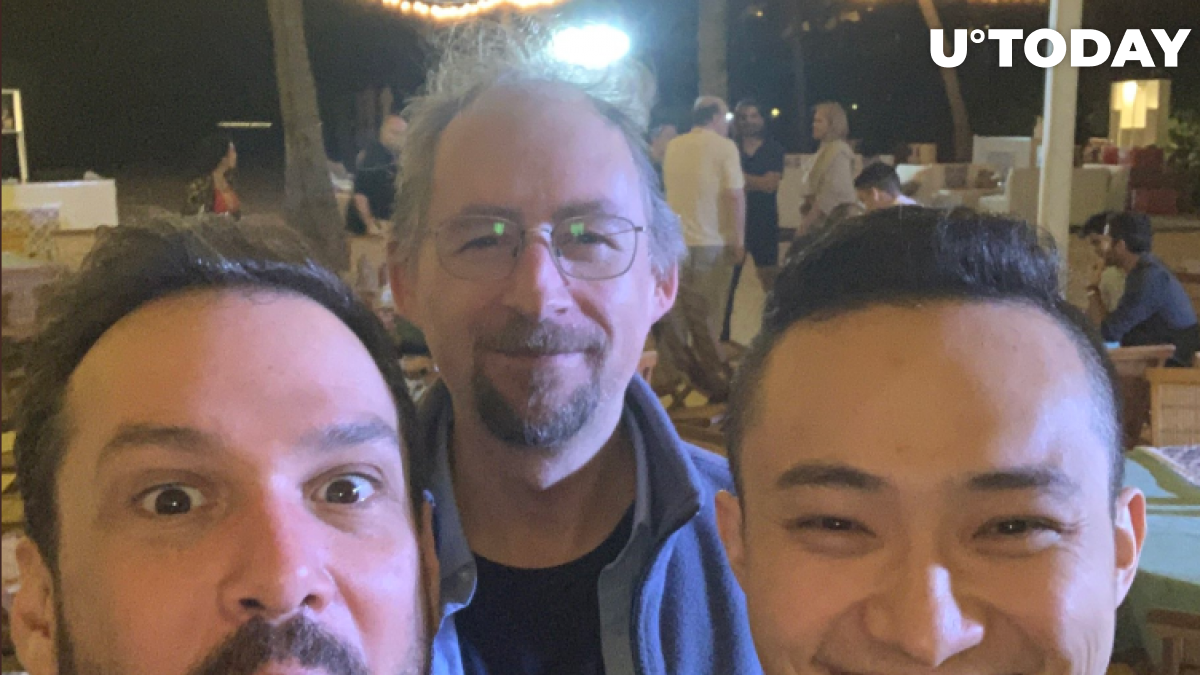 Blockstream CEO Adam Back recently said that he didn't understand the difference between Ethereum (ETH) and Tron (TRX). Still, he claimed that the latter is "probably better."

What's the difference between trx vs eth? Maybe people can explain, from the outside it looks very very similar. Even the newsflow marketing. Probably Tron is better at it, but eth/consensys did it earlier.

Prior to that, Tron CEO Justin Sun floated the possibility that Tron might be moving to Blockstream's sidechain-based settlement network called Liquid while retweeting his photo with Back.

We have a plan. #Ethereum is over. Tron moving to #liquidnetwork on #bitcoin. Cc @udiWertheimer pic.twitter.com/XEuw11PQKX

TRX tokens were initially issued on the Ethereum blockchain before moving to Tron's mainnet back in June 2018.

Blockstream warms up to Tron

As reported by U.Today, many prominent Bitcoin (BTC) maximalists recently formed what seems to be a bizarre alliance with none other than Sun. Whether they are simply trolling or genuinely siding with one of the most controversial figures in the crypto space to spite Vitalik Buterin, this king of switcheroo remains the hottest topic on crypto Twitter as of now.

Blockstream CSO Samson Mow opined that Tron is more decentralized than Ethereum while doing an in-depth comparison of the two rivaling projects. Mow even brought up Sun's recent dinner with Warren Buffett and compared his Twitter follower count to that of Buterin.

Peter McCormack, the founder of the "What Bitcoin Did" podcast, doesn't get tired of calling altcoins "junk" and trashing their bagholders. However, he has apparently changed his tune to Tron (along with his Twitter name). During his interview with Sun, they discussed why TRX could be "an Ethereum killer."

Prominent crypto trader Luke Martin commented that it was "a smart move" on McCormack's side and jokingly suggested that Sun could be the real Satoshi.