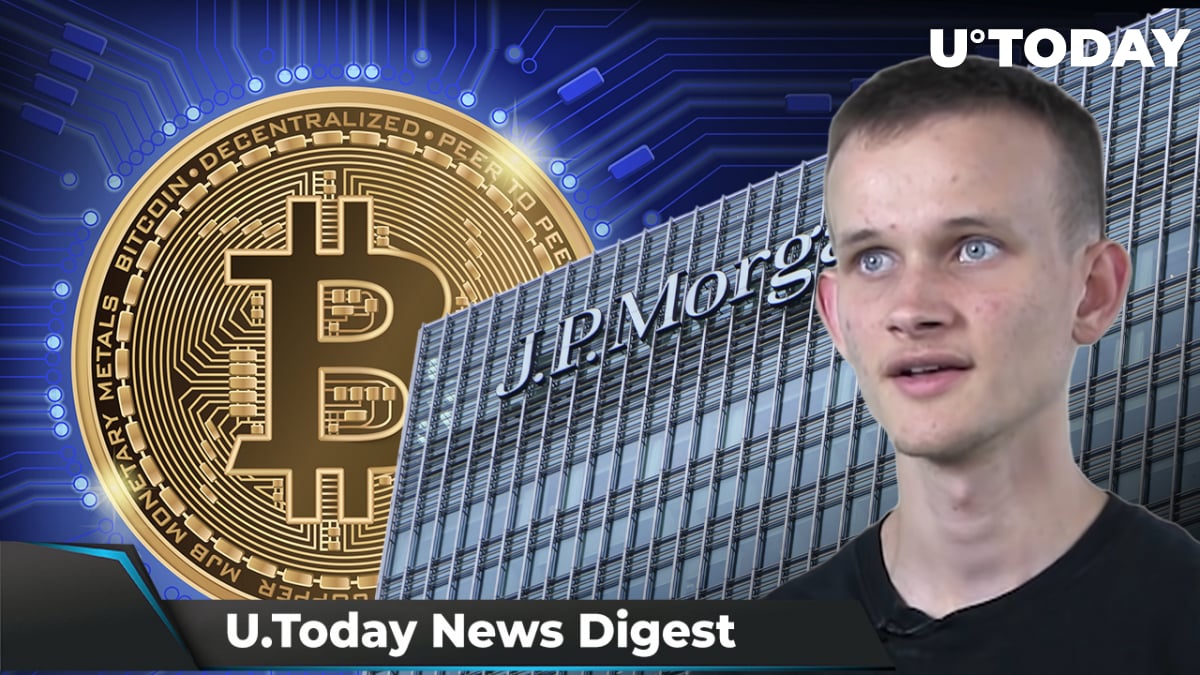 Here are the top four news stories over the past day. Do not miss anything important in the crypto industry!

Yesterday, the crypto community was shaken by Bitcoin's 7.5% daily drop to $42,412. The price of the flagship crypto was sent down for three reasons, the first being the U.S. Federal Reserve's possible interest rate hike as early as this March. U.S. equities plunged sharply on the news. Second, a nationwide internet shutdown due to protests in the second-largest Bitcoin mining hub, Kazakhstan, forced local miners to switch off their equipment. Third, the violation of Bitcoin's important support level at $45,655 puts it on track to dip below the $40,000 level, according to Mark Newton, managing director at Fundstrat Global Advisors.

JPMorgan has bearish warning about Ethereum

Nikolaos Panigirtzoglou, analyst at JPMorgan Chase, believes that Ethereum will continue losing its dominance in the DeFi sector. According to him, since the sharding phase of the Ethereum network will be launched only in 2023, by that time, it will be "too late" for the current leader to catch up to the rest of the market. Due to the rapid growth of its competitors (Terra, Binance Smart Chain, Solana, etc.), Ethereum dominance has shrunk from January's 97% to just 63%. As the network continues to face severe competition, JPMorgan expects that in 2022, Ethereum will take a bearish turn.

Ethereum co-founder Vitalik Buterin presented a suggestion that might change the way fees work on Ethereum. The new fee structure, called "multidimensional EIP-1559," will allow users to spend less on various types of operations like minting, transactions, calldata and more. There are two ways of realizing it, according to Buterin: the gas execution cost remains fixed, and operating costs depend on the type of resource used and the base fee. The update will give another layer of protection to the network, in addition to a more adequate fee structure.

Data provided by the WhalesStats service demonstrates that MATIC and LINK appear among the top tokens purchased by whales, while the market sees a sharp dip. As reported earlier by U.Today, ETH whales grabbed an eye-popping 838,229 million LINK, with a large entity buying 2,000,000 MATIC tokens worth $4,840,000. At the moment, according to WhaleStats, LINK remains the most traded token amid the top 1,000 ETH wallets. Despite recent declines, MATIC remains in an ascending channel, suggesting that the upward pattern remains intact.