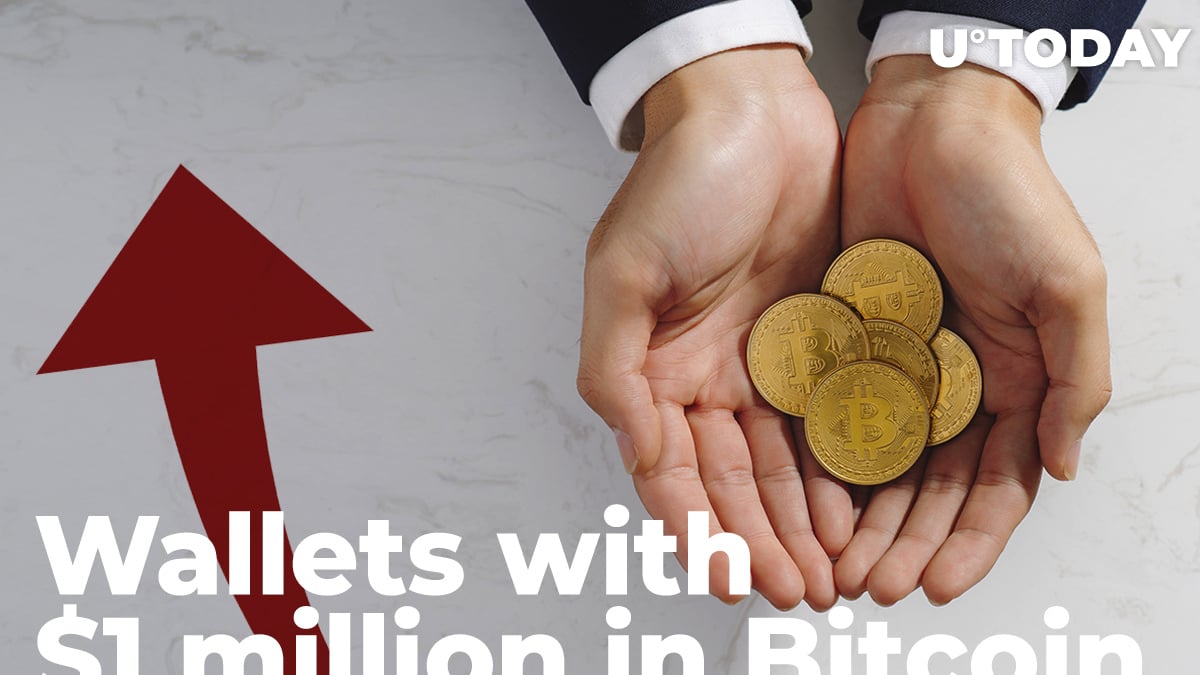 Glassnode analytics agency has shared a chart showing that the number of Bitcoin whales has skyrocketed as the flagship cryptocurrency broke through $20,000 first and then suddenly reached over the $22,000 peak.

Meanwhile, it has been exactly three years since Binance became the largest crypto exchange by daily trading volume.

Glassnode has reported that, after Bitcoin surpassed the $22,000 mark for the first time in the history of crypto, the number of wallets holding at least $1 million worth of Bitcoin has seen a major jump upward.

It spiked by a whopping 150 percent and is now equal to 66,540 Bitcoin addresses. The analytics team at Glassnode specifies that the Bitcoin surge has turned all early Bitcoin miners into millionaires, judging by this data.

Apart from the recent maneuver made by MicroStrategy as it raised a whopping $650 million from its shareholders to expand its Bitcoin holdings, other major companies and hedge funds have announced that they are entering BTC as well.

Among them is One River, with its intention of acquiring $1 billion in Bitcoin and in Ethereum next year, Ruffer investment company (as it puts over $740 million into Bitcoin), billionaire Glenn Hutchins and others.

Peter Schiff seems to be the only figure who has not announced yet that he was wrong about Bitcoin and keeps taking jabs at Bitcoin and MicroStrategy for their intention to secure more BTC.

Related
Bitcoin Hits $23,000 as It Continues Its Historic Ascent

The head of Binance, Changpeng Zhao, has taken to Twitter to remind the community of the day on which Bitcoin hit its first all-time high of approximately $19,700.

It happened on Dec. 17, 2017, exactly three years ago. On the same day, Binance became the largest crypto trader by daily volume and has been expanding since then, keeping its top position in the industry.

Earlier this month, CZ was included on the 2020 Bloomberg 50 List of Global Icons and Innovators.

It is the annual list Bloomberg comes up with to showcase innovators, industry leaders and businessmen who have impacted the global landscape of business during the year.